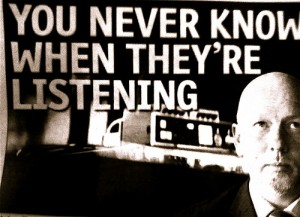 The Martians Have Landed has probably got good odds of being an unlikely news headline even amongst a time of historic and previously unthinkable ones.  The survival of society has had the attention of gusto reporting because of the August Riots in London detracting from the continual uncertain headlines relating to fiscal survival.

`How big is that Bank?’ is now translated as `What size is the balance sheet?’ As countries around the world national debts escalate and the fourth anniversary of the start of what has been termed credit crunch has been and gone, global crisis continues to circle the financial environment like a shark protecting a Dr No’s secret hideout and risk is measured with an anniversary bouquet of little or no economic growth.
Seemingly hell froze over when, in 2008, interbank markets froze following credit exposures and other banks losses. Continents weren’t in isolation as they became incontinent, giving shots of taxpayer capital to banks; decision made to add to the public balance sheets. With the arguable catalyst, property loans, biting back, hitting house prices the human cost unravelled more obvious than a baboon’s bottom as homes, care homes, jobs and small businesses rode the roller-coaster named uncertainty. The crunch became the crisis that won’t go away; seeing impacts on global markets, currencies, energy prices and pensions.

In 2007 the banks were battling to keep their necks above water, the life belt thrown has meant that it’s now the sovereign nations who are treading water. It might be worth remembering for those on an island with austerity measures which include having its coastguards cut, apparently the drowning response is a lack of visible panic; drowning doesn’t look like drowning. Enter Basel 111 and the rulings affecting banks’ capital reserves.
Lending capital available to businesses will decrease further as the money available is categorised into pricing and lending. Banks re-positioning themselves and preparing for Basel 111 are aiming to strengthen their balance sheets, accordingly translated as, bargaining power between banks and small business might seem challenging now, but this is just the beginning. Hence other types of credit sources are being made available and the credo adapt or die is ever present in business.

In a recent letter to the Chancellor, the Bank of England Governor said there is ‘a limit to what monetary policy can do’, interpreted as more QE is unlikely, yet a majority vote to keep interest rates at a record low followed at the BoE’s Monetary Policy Committee meeting which will only mean the uncertain headlines continue until those Martians land.