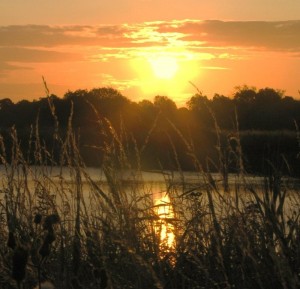 For all businesses, fuelling news, likely to overspill into the coming months has got to be the implications  of a potential strike by tanker drivers; with direct effect on small business and the economy because of limitations on the movement of goods and staff, coupled with the price  of petrol and diesel.

The 2012 Budget has been well covered with small business coverage and comment  including the seeming highlight for small biz of Tax simplification for firms with a turnover up to VAT threshold £77k  and  Planning law changes relating to building and construction of sustainable housing, not general building work.

From 22 July to 9 September, Sunday trading laws are to be relaxed to allow high street and other stores with floor space of more than 280 square metres to open for more than the allotted 6 hours (shops with less than 280 sq.m are already able to stay open).

Following on from the failed Project Merlin, The National Loan Guarantee Scheme (NLGS)  is designed to give SMEs access to £20bn, guaranteed by the government, over the next two years; with a theory of cheaper funding being passed on. An initial £5bn ( with subsequent funding determined by demand and administered by the UK Debt Management Office), will be determined by each bank in the scheme in regard to what products it wants to offer for new term-loans, hire purchase and leasing arrangements under the scheme, rather than where credit shortfalls are in businesses, with a turnover not exceeding £50m.

After being ‘packaged’ by an agency, the next consideration could see a market for small business loans being bundled together and sold on to investors.

Green regulation, for sales and lettings particulars, comes into effect 6 April as the Energy Performance of Buildings (Certificates and Inspections) Regulations 2011 amend Regulations 2007. A complex amendment  which ensures EPC being commissioned prior to any marketing of a property, along  with a reduced 28 to 7 days allowance.

Conflict of interest still manages to reach the media. Bypassing bankers, recent  focus has turned to GP’s and the NHS  relative to the passing of the Health and Social Care Act which removes Strategic Health Authorities and Primary Care Trusts in England, replacing them with GP-led clinical commissioning groups with some £60bn of health service annual budget to organise, and an NHS Commissioning Board taking looking for £20bn of NHS savings by 2015.  Concern relates to GP’s, some of which are also on CCG boards, having financial interests in private or other non-NHS provider.

Heading towards the summer months, for some, hosepipe ban restrictions affecting 20m homes  begin 5 April, although not yet extended to commercial properties.

“Facebook doesn’t need bankers to wave any wands…. Facebook, for that matter, doesn’t even need bankers”.  Which meant that those that do, did; leaving Mr Zuckerberg able to choose not to give Bankers a usual reverence and staying away from his Company IPO meeting “because Facebook views its “business” as a way to fund its product, not the other way around” ; maybe that was the moment he went off to think about the new button for Facebook, the hate button…. or maybe he spent the time thinking about an April Fool’s.