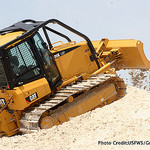 Design on Protecting Your Business:

With their monosyllabic response of computer says ‘no’ extended to now include the likes of ‘outside criteria’ or ‘it doesn’t sit comfortably with us’, smaller enterprise’s expectations of the high street banks continue to consistently fall short because those lender type expectations are nigh on impossible to meet.

Apparently there were some £1.5bn of government backed  NLGS (National Loan Guarantee Scheme) bonds at Barclays and RBS, £1Bn at Lloyds, and Santander had £500m, to be made available to the smaller business. Provisos, such as having ‘a group turnover of up to 50 million’ and making a ‘material contribution to the UK economy’, didn’t include (probably because if you’re able to do it it’s likely there’d be a direct  invite to participate rather than having to put in a request) that your business has an ability to withstand extreme stress testing. But, as the scheme has in effect been sidelined in favour of FLS (Funding for Lending Scheme), those same banks will now be enabled to pass on lending to businesses in need, with the proviso of bolstering lending with no obligation to pass on any discounts (as per NGLS).

Confused? Don’t be – basically nothing has changed, the banks need guaranteed safe returns, therefore high rates are a function embedded into their loans. The smaller businesses will still have the stress tests and homebuyers will likely still need mainly 40% deposits as they sift through the swamp of deals that come out… and then begin the long wait for processing.

Lenders are tied to the qualifying elements of the scheme – and high rates are how the banks view risks-of-return rather than the cost of funding – they’re looking to protecting themselves and their profits…. something, all too often, some smaller businesses don’t prioritise: the protection of themselves, leaving the business vulnerable and profits exposed.

Just as it’s going to be difficult to prove a bank’s Libor actions specific damage to someone, it’s often not easy to convince the long-term damage of some finance vehicles – you know it’s there, you know it’s not going to have a good outcome…. but for those looking for the short-term bottom line, like puppies chasing a stick, they won’t ever look beyond the immediate gain…. and won’t let go of an idea.

Access to funding has always been a struggle for some business dealings and will continue to be so; add to that, knowing that even before you apply you’re going to get turned down it, becomes even more impeding –  there is no sentiment between a bank and a business; when a business is deserving of finance, there are options for lending and cash flow from alternative and non-high street names before, during or after any government schemes.

Overlooking the best solution with a positive approach for a business environment’s long-term benefit is ineffective financial management and a lost opportunity for the redress of power – something the banks wouldn’t do to themselves. The rigging of Libor rates and the threat of financial meltdown might seem ivory towers away from a small business’s operations, indeed before the problems hit the headlines, Libor, for many businesses, didn’t relate; uncorrelated to their financial structure it was relevant to the ‘too big to fail’  British bank: their businesses wouldn’t feel the effects of the behaviour and attitudes amongst the bankers beyond the bank manager’s desk.  The notion of recognising the need for appropriate finance and how it is put to use has yet to be learnt by some of our banks but financial management in the smaller business doesn’t have to wait for them to catch up. Placing the appropriate types of financial management for the size of the business, the business sector, with gaps identified, is the financial core – the underpinning and foundation to a business, to make it strong enough in the future to withstand any mismanagement decisions being made now.

Owner managers, co-ordinating the running of a smaller enterprise are capable of managing money when the blueprint or infrastructure of the business is in place – by working from the inside out, from the bottom to the top, the business becomes complete and is in the right order – (exactly what lenders look for when measuring a business’s ability) – Unnecessarily reforming the structure is as destabilising as decorating before the plaster is dry…. ask any bank.