Banks In Short: We Have A Ghastly Mess 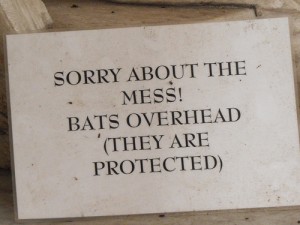 In the fashion of Awards; fourth place goes to NatWest, third place goes to Santander, second place is Lloyds TSB and first place is Barclays…. that is, according to UK FOS  (Financial Ombudsman Service) and in relation to a 24% rise of civilian complaints about Banks, relative to savings, overdrafts, mortgages and insurance.

Andrew Haldane, Executive Director of Bank of England gave a well worth reading speech  recently about the development of British Banking, and according to Martin Wolf’s blog, and equally worthwhile read with additional interesting comments, in short “we have moved from relatively safe, small banks within a small banking system to relatively unsafe, giant banks within a huge banking system.”

Each of the 250,000 complaints are worth approximately £26 to the ironically named boss of Barclays; Mr Diamond, who recently has warned of further cuts despite rising profits  to the retail arm, if compared to his bonus.

The B of E Director’s paper explains how in the first half of the nineteenth century banking was about transforming short term deposits into long term loans, which had too be paid back on their due date. Therefore the banks owners often matched the value of their deposits with a 50/50 split of their own capital. They were cautious lenders. As time has progressed, the global environment was changing.  Rich countries were becoming hungry for capital to finance investment in infrastructure including railways.  Banks weren’t restricted by limited liability until 1826 when banks they were allowed to operate as joint-stock companies.  No longer was ownership and control vested in a single agent. The un-vetted shareholders, whose payoff remained unlimited but whose risk was capped by limited liability, were the banks owners, taking on more debt to boost returns; in short taking greater risks.

The paper concludes with the common root history of bank and bankruptcy;  moving from Banks, to people, to businesses ….even to states.

We’d conclude with a quote from Mary Poppins’ employer,  City bank worker, George Banks, ‘A British Bank is run with precision….. Discipline and rules must be the tools…..  Without them (there is) disorder… in short we have a ghastly mess!’