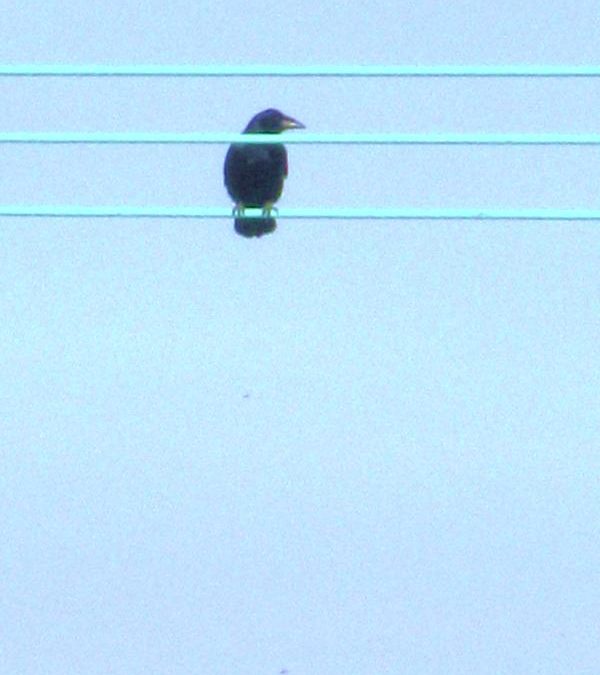 Harmless staring,  especially the ‘into space’ type, might consume some businesses, but it isn’t the usually the first thing that springs to mind for keeping a business in business. Being readily available, accumulating knowledge and not excluding anyone are amongst the more likely moment mop ups.

Over a century ago, someone, having failed every venture that was supposed to have given them a fresh start, combined all of the above with something which might, paradoxically, have been their downfall but to which they excelled to become consumed by an endeavour which was followed up with a successful landmark book, after years of poverty they were in profit.

This endeavour became the basis of an annual event which, by participating in, James M Varderman believed it to be the ‘cheapest, easiest and most fun way (it) would give publicity and make a national name’ for his Company. Hiring the best experts for his Strategy Council, they assisted him in drafting a plan to achieve just that; achieving several major records and causing controversy. Komito, Levantin and Miller all came from unassuming backgrounds; each inspired by a personal life experience had different reason to participate. One was self-made in a harsh industry; he was wealthy and didn’t care what anyone thought, on his second attempt he was also determined to beat his own record which he couldn’t stand to lose. One had won two patents mixing chemicals for career, wasn’t unknown to have worked 60 hour weeks with a life-long ambition to participate. One, a computer coder with creative solutions, binged in work and life, took what he could and tried to spend as little time as possible worrying.

Taken from an activity of deductive reasoning, this ultimate list-keeping competition uses the ability to understand the environment and its conditions at an extreme level. Having seasonal peaks and troughs, hotspots, secret places, strategy, and good luck, it also manages to mirror some of the characteristics surrounding business or being in business. This massive endeavour tests its participants’ enthusiasm, starting in the first moments of a New Year and not giving up until the last second of that year ……Oh! And there are both a lot of numbers and a given for scrupulous honesty involved during the chase in which these people chase birds.

Audobon, whose portrait hangs in The White House made 450 life size watercolour portraits of every bird in the New World. He was able to repay those who supported him through the bad years, including naming a Hawk, famous for hunting in packs, after one of his benefactors Edward Harris.  Mark Obmascik cited in his humorous book, The Big Year, which has film rights,  the mix of people who attemp such a marathon. With a magical combination that included unsecured air travel and the strongest El Nino on record, the three main chasers in 1998 notched up 270,000, 135,000 and 87,000 respective air miles. It cost Greg Miller $31,000 dollars, Al Levantin $60,000 and took Sandy Komito the full 365 days to reach his Big Year goal.  In a contest with foundations of trust he managed to set an, as yet, unbeaten record of 745 species tracked and identified.

Time and energy is the costliest initial expenditure with the interest that underpins this event and, be it for the numbers or some other sense of satisfaction, a lot of patience but, for those that stick out their personal goal, it’s possible to achieve a lot. For The Big Year there is a necessity, for personal Years there is an urgency, to be in many places at the same time. To prevent this infectious habit taking control logistics has to be the right hand to knowledge as the year moves on relentlessly, often with a lot of ambiguous ‘waiting around’.

So, why did they, or do some, still do it? Just as so many people running their businesses would answer the same to the same question; little can explain it. Seemingly the key for a successful Big Year for both is preparation, planning and research, both attempt to reach a higher goal and go further than before for a sense of personal fulfillment and both are riveting.
(Image and Article credit: Copyright SUF)
Share/Save/Print