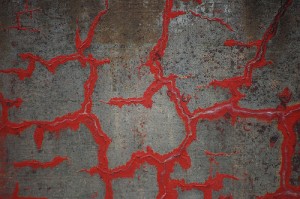 Slow reactions, not enough investment, economic decline, the list goes on. Reasons or excuses, the domino effect of high street businesses struggling  extends a death – knell further than the high street through a vampire-like sucking of the lifeblood of businesses.

`For Sale/Rent’ signs can be witnessed by driving around any business or industrial park/estate and, in part, due to a stealth tax aimed at landlords.  With a vampire-like thirst, it has quietly, in the dark, bled dry many businesses to the point of restricting new development, or demolishing property.

Any business wanting to expand is likely to turn to larger empty properties rather than new-build purely because of price differential and obvious profit retention, and businesses whose survival attitude  is to downsize would do the opposite, moving into smaller empty properties.  Meanwhile property owners or developers, having been faced with additional costs from any empty rates tax bill are, exactly the opposite of the intention, being disincentivized, and not building or refurbishing.

Stocked with rooms, buildings and square footage, the landlord’s General Store must, just as any business, produce an income and when demand for that stock decreases placing a tax for not selling that stock would seem punishment rather than assistance. Therefore limited future stocks, following little or no new build, plus demolition, for this ‘general store’ will inevitably lead to price rises due to shortages.

In the cold light of day will this vampire die or will it be a stake to the heart of healthy young virgin business?