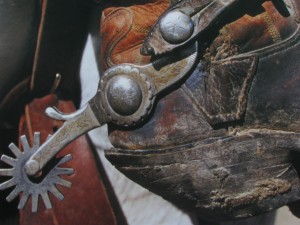 American icon, embodiment and symbol of a pioneering, wild and free spirit with a choice of four wheels  or four hooves ; the Mustang is doing very well.

Ford, the Company behind the four wheeled version has shown profitable growth and, the feral horse contributor to alluring imagery of the Wild West, also has booming numbers. But the one that had been granted federal protection as ‘living symbols of the historical and pioneer spirit of the West’ is galloping towards controversy.

Only a few decades after the cattle industry, started from the famous cattle drives following The Texas Revolution,  reached its height, the cowboy and his horse were confronted with changes to their culture; including  ‘in any colour so long as it’s black’  and the emergence of the motor industry.

It’s interesting that only a couple of years after the Model T gave way to the Model A,  the Great Depression came about and, not only did the price of cars drop, many people couldn’t afford the fuel to run them. So, with a pioneering attitude horses were returned to pull engineless cars.

Following the most recent depression, recession, downturn or whatever, horse – power and horsepower is been explored again by artist Jeremy Dean’s project Back to the Futurama.

Could a Hummer  and a Horse illustrate the beginning and end of imagination, all at the same time?