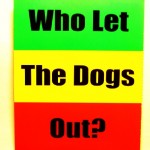 The Bank of England’s Financial Stability Report (second for the year) is published 26 June, under the guidance of the Financial Policy Committee. Doing what it says on the tin, it gives an assessment of the financial sector: stability and resilience, plus any actions that it advises to reduce risks to stability.

Plans by the Co-op Bank to expand (buying Lloyds branches) proved too much too soon as many of their Britannia Building Society acquisition loans went sour, leaving a weakened bank now selling off its Life and General Insurance operations as it tries to fill a black hole. The risk-averse attitude has also been extended to new business customers…the door has been closed.  Will this mutual model disappear from the high street?

Google is to retire it’s Meebo bar publishing tool on June 6 (foreign language to us but as it’s aligned with advertising and social networking thought we’d mention it). Web publishers apparently use it to help visitors ‘discover, browse, and share content on their site’.  Those in the know can explain

Existing insurance arrangements for home owners in flood risk areas might have altered after this month with changes impacting consumers and, potentially, mortgage lending. SoP (Statement of Principles) between ABI and the Government  was to come to an end 30 June but has been extended to 1 August. In essence, ABI members are committed to make flood insurance available for domestic and small business properties as a feature of standard policy, providing the Environment Agency continues to provide flood defence measures (which hasn’t happened). Therefore premiums will potentially be charged and policy terms applied which reflect the level of risk. Mortgaged properties, which  require buildings insurance as part of the mortgage for the term of the loan, could become an unaffordable situation for some.  Identifying flood risk and mitigating property transaction risk is of great value for many in the process but, to date, no agreement has been made, leaving potential property transactions (buying and selling) uncertain.

The G8 summit is taking place this month, with the UK assuming the one-year Presidency with a priority of the global economy. The high profile event, held in Northern Ireland, will focus on open economies, open governments and open societies to support free trade, tackle tax evasion and encourage greater transparency and accountability.