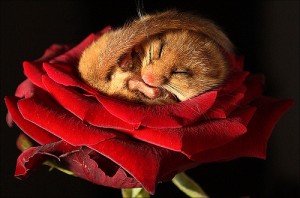 Amassing goodies, storing up supplies and generally expending any remaining energy, exemplifies the wind-down to the end of a year,  a time that can be used for potential hibernation.

With predictions of a winter with Britain in recession, due to economic roller-coasting, the squeezes on budgets and employment, plus additional interruptions for small business from unpredictable weather conditions, or sickness, a slothful existence and keeping warm by sleeping becomes a tempting way to see the winter through.

A report by the British Medical Journal, in 1900, claimed that Russian peasants, where food was scanty, and not having provisions to carry them through the whole year, were economically expedient by spending half of it in sleep; `lotska’.  Reserved bread was eaten once a day with water and a fire was kept alight all the way through winter until summer-o-clock, when they went back to work in the fields.

Before that, 18th and 19th century French peasants would also spent their winter months in bed for as long as possible to save food for survival.

Irrelevant of exponential growth, stagnation, linear growth or a decrease in profit, being content with a business and ignoring it is as good as `sleeping on the job’.  Commercial business is always moving, with its financial foundations always shifting because interest in products and services alters.

Sleeping through any winter period, without someone on watch can mean worrying signs are overlooked or obstacles become too difficult to face. What might be a blip could become a trend.

As long ago as the early 1700’s small business showed there was an alternative to sleeping through a winter. The Germans kept warm by labouring in their lederhosen, which wasn’t such a cuckoo idea as they emerged to their Bavarian summer with literally time to sell.

Growth in small business isn’t always about expansion; it’s also having the ability to be sustainable through winter periods as well as the summers. Which means that, because expensive financial foundations can ironically  be the downfall of a business, any business which is too reliant on self-funding is as much exposed to limitation with potential for growth, as the business which has unaccountable costs, expensive loans, limiting overdrafts or inflexible mortgage terms attached to it.

Glenmorangie’s, recently enhanced their potential for growth by offering a polished coal piece, sourced from the home of Robert Burns’ Ayrshire, to give out with their whisky at Hogmanay. This add-on product highlights their brand at a time when, due to the effects of economic shrinkage, market saturation is prevalent in most industries.

Credit risk is as applicable to a lender as it is to a borrower; a downgrade for a financial institution adds funding costs as does a credit rating/score for a business.  As government support  recedes from the banking system, the ratings system starts to downgrade, just as when financial support is removed from a small business a financial weakness can be exposed. Without a rescue package strategy, both face higher borrowing costs which potentially mean reduced profits and higher costs passed on.

In Scotland, the end of December is traditionally a time for the Firstfooter with a handsel of food, drink or fuel to bring in the New Year. However, before those ‘bells at midnight’ the traditional Scot’s house would have been fully cleaned and all its debts cleared.

For business, the handsel needed to go forward into a healthy, therefore happy, New Year is having mixed financing; with cash-flow not indebted to repayment. ‘Nuf said.