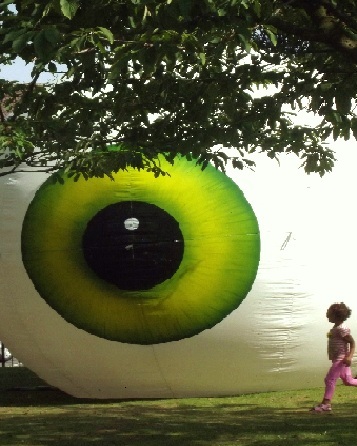 The Answer Is Out There – It’s The Question That Brought You Here: Financing Business Matrix

Little wonder the micro and small business owner can feel their brain turning as cavernous as an empty warehouse, when they hear the stable interview question: where do you see yourself in 3-5 years? An unsurprising response because looking at what-if  moments is heavy going, with few in smaller business having the luxury of time or situation. It’s adversity that injects us with a drive to sit up and take notice.

What-if moments are unattended areas – some abandoned altogether – until, an event or circumstance occurs which has potentially damaging effect.

The shock of the situation’s potential consequences can be enough to triggers a reaction – usually played out with some matrix-type wall running and freeze frame time effects movements – forcing the situation to be considered relevant for attention. The impulse is to want to understand the consequences of the complicated that wasn’t on the taken easy route: Why? … and…  How? … and How? … and Why?

For example, as a consequence of banks ‘reshuffling’ their capital the trend is for overdrafts to be called in (repayable on demand). Having defined their problem, the bank reclassifies the borrowings as part of their risk assessment to (sometimes) a bank loan, which for the borrower is usually a reclassification they don’t want – it doesn’t hold the same incentive of the overdraft i.e. the interest rate – it’s going to get complicated. Recognition of any complication, might be called in, had gone unnoticed in the first instance; overlooked for the less complicated preference. This took away an ability to speculate, hence, when ‘driven’ to an alternative financial product,  opportunity can be missed again….  for as many times as ostracising behaviour is repeated.

And, the circumstances can also dictate the response that instigates a leaning towards uncomplicated. In the same example, inviting a view of being penalised for no wrongdoing, the annoying situation needs knee-jerk reaction, some stomping around, finished with some air hand-throwing and a resolved ‘what can I do?!’

Distinguishing between a problem and a challenge, the balanced approach, is discarded.  There is no right or wrong question when defining a problem:  the challenge is to use a combination of knowledge, experience and data as a ‘framework’ for considering what the basis of the problem is, in order to define the challenges:  a problem is associated with conditions or situation whereas a challenge relates to the necessity of effort – problems are conflicts whilst challenges are the questions that break down a problem and can make a difference to the business numbers. Which, returning to the overdraft example, could mean a problem is considering what alternatives are available for the business’s circumstances, when a) that which could offer alternative has been prejudiced  and side-stepped b) the preference for overdraft has become reliant upon, part of a routine and familiar. And, as most of us are creatures of habit, the challenge is altering a mindset to put the business owner back in control which can all appear too complicated without a translator, or when your mind-movie has you bent backwards dodging that slow-mo bullet.

In shock, judgement is unstable therefore it alludes to different question types, which consequently hold different answers which result in different courses of action.  A reluctance to overcome innovation in the commercial financial arena has been further supported by ‘shocks’  it’s experienced, the resulting choices placed before its consumers are, in part, as result of the surrounding instability in this market driven area, which provides choices for its mechanisms benefit – not for customer benefit. Therefore, as a customer, to achieve any benefit, is dependent on understanding those choices available.

Actions can achieve objectives, however, because it’s only possible to predict to a certain extent, sometimes the best laid plans  go askew. The positive/productive business practice is revisiting the business’ plan to revise areas that have become or considered becoming unstable. A shock holds implications. Any questions that follow are in context to those immediate affects; they will apply to the specific position or circumstances of that time and are, therefore, often of the knee-jerk reaction type. These have limited value compared to questions posed to prevent incident, made in preparation to avoid incident, or seek to limit damage of an incident.

Independence is perceived as a primary motivation  for going into business.  Fuelled by self-knowledge, understanding the processes of running the business smaller enterprise, owners and self-employed who are able to project where they’ll be in 3-5 years resonates an ability to project a partly abstract concept; without which a business becomes disadvantaged in a situation when resilience is essential.

Self assistance can be an investment for smaller businesses, however, when a route preference is made (in this case financial structure) which is dictated by blind consideration i.e. no safeguard advice has been taken, being in control is a misconception.

An approach which can, for some areas of business, be ambiguous and temporary because it underestimates the problems and challenges of the changing business and financial environment relative to the information matrix.