Does Red Mean Stop Or Go? 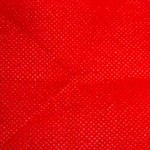 Probably, down at No.11 after some gradual stretching exercises and a crack of the knuckles, Mr O’s  spring in his step bounce downstairs turned to frantic running around; throwing things out of the cupboard under the stairs, and shouting “who’s moved the red bag again?” ……Because, as we’ve heard from pre-budget snippets, it’s a visit to Grimsville again – and the red bag  could be the brightest thing on the day for the man whose made his first Tweet  –  on Budget Day – ‘Today I’ll present a Budget that tackles the economy’s problems head-on, helping those who want to work hard & get on’ – Clearly he’s got a lot to do.