Getting Quotes In Context 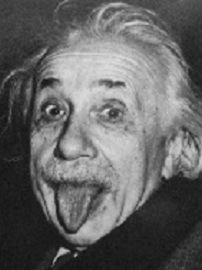 Being recognised as a caring, sharing company sounds better for business – It conjures up images of a big family ready to embrace you in their circle of products and services as they go about their daily activity of focusing on profit.  Interesting then to read an email sent to me with editorial-type articles – Including one from the MD of a major high street bank: quoting Churchill, pessimism and optimism, glasses half-full and half-empty…. and then a nifty self-promo of their product, along with the usual numbers-without-facts; Or rigorous statistical analysis or data. Which can, to some, be impressive stuff, things `getting better’, `enhanced services and offerings’ – These guys know where they’re coming from.

But it’s a bit disingenuous for a bank, at the centre of some major questioning about its own activities and context to be quoting Churchill out of context.  For me, that leaves more Unsaid than said – and what was said wouldn’t make a jot of difference to many people applying to them for funding – zilch, nothing – the cupboard can still be empty.  Many would say it’s impressive that such a high street bank is encouraging the small business to approach them, they like the sound of things going back to ‘normal’ because ‘normal’ meant before things changed.