Hammering Down The Sale 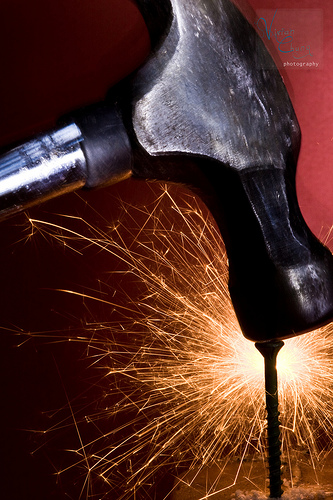 Having recently talked about a theme tune for many a business as being  Who Will Buy?  following the European Commission’s concerns about the Government bailouts stifling competition and their pressuring the Government to scale-back state-aided Banks, over the next four years changes will happen and it could be our bailed-out Banks’ swan song.

Although for the moment exact details have yet to be confirmed it is anticipated that Northern Rock will be divided with the savings, mortgages and branch network being sold off whilst the government would retain ownership of the bad debts book.

The move could mean up to 700 branches being sold, creating three new High Street banks.  Abbey, Alliance & Leicester and the savings book at Bradford and Bingley are all owned by Santander whilst Nationwide Building Society took over Cheshire, Derbyshire and Dunfermline Building Societies therefore the shake-up is an attempt to boost competition and clawback some of the bailout money. However, Barclays, HSBC and Santander, will not be allowed to bid and buyers are expected to come from the US, Australia and the Middle East although Tesco, Virgin, Sainsbury’s and WH Smith are also being mentioned.

Lots to be confirmed yet but it might not only be the London tradesmen and women singing along with Oliver : There’ll never be a day so sunny, It could not happen twice. Where is the man with all the money? It’s cheap at half the price!