Have Lenders Lost The Plot? 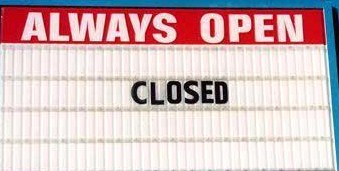 There’s a lot of noise surrounding a proposed eighteen month enquiry, (similar to that made into the energy industry), towards the UK’s four largest banking groups known as the Big Four (Barclays, HSBC, Lloyds and RBS). Apparently holding 77% of customer current accounts between them, they also hold the potential to face a competition investigation (followed by report and recommendations with reforms cited ranging from free cash machines to a break-up of the banks).

It seems the love of a good story requires a big finale.

Will the hallmarks of the major banks be proven to be barriers to customers? Is it that customers ‘vote’  by where their accounts are held? Could ‘compliance requirements’ or repetitive patterns illustrate obvious reason? Has public engagement met a point of no return?  Would the loss of free banking ignite a reaction?  Might a gaping hole be found, or announcement (accompanied by some chin-stroking and a dramatic effect – Dah-Dah- Dahhh!!! sound) reveal, ‘public perception has replaced missing reality’.

The market share report  would be undertaken by The Competition and Markets Authority, with consequential recommendations relating to any surrounding  confusion and cross-subsidies for personal and some small business lending accounts.

It will be interesting to see whether challenger banks (with current rules meaning different reserves held) would be included, or how different ‘built-in’ biases, or that some have narrow fields of vision (only considering the immediate) while others have a reluctance to change built on routine, would be considered.

So it’s hardly a spoiler to say, if there is another investigation in bank practices…. it’s unlikely to be a breath-holding finale with special effects…. and more of a soap opera with repeat lines.