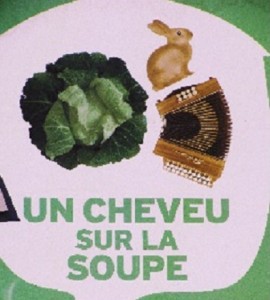 In the hope of making something tasty for the economy to feast upon, one can only imagine the conversations that occurred during the process of creating something that has a bit of everything thrown in.

If ever there was evidence needed of Thick of It  goings on in Mr Osborne’s  department, the announcement of plans for a Government-backed ‘business bank’, to increase lending to UK companies, might be it.

“Vee’re-a gueeng tu meke-a bunk?”, Mr O might have said, in a `Muppet-style Swedish Chef ‘ dialect to spice-up incomprehensible ideas because they’re rarely understood.  “Well we have tried, and we come up with jolly good names, remember Project Merlin?”, the advisers would encourage.  “Tag of ‘bank’ can’t do any harm. Tho, make it different from the credit schemes before; this time instead of giving tax-payers’ money directly to the banks for them to lend it back out, we could pass the loan applicants to the banks”.  “T- meke-a decishun.  Eff’en it’s a ‘no’, business bank will make a decishun….. Eff’en its a ‘no’, it will be passed out-a agin”  he might have continued. “Boot its nut reelly a bunk”, he’d confirm.

“Jolly good name tho’ : Business Bank, it could be run with a purpose, just like a business”.  After some thought he might have responded, “Yuoo meun Bunkroopt?”. The advisers overlooked what he’d said. “Indeed, in a speech delivered at Imperial College, London, Vince Cable called for the Government to be ‘more like a business’ by making strategic plans and sticking to them”.  “I hefe-a a plun…. und I’m steecking tu it!”   “Exactly! Perfect strategy sir, keep things moving. Err, would now be a good time to pencil in a discussion about direction?”