How to React When Horror Calls on Business 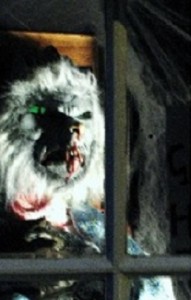 Horror stories are in every industry; due diligence, none paying customers, theft, bad workmanship, small businesses being trampled when they’re down, customers being unfairly treat, most businesses have a story or two, as do a lot of customers.

There are of course procedures, forums or specialists to turn to for assistance and support, or our tongue in cheek DIY reaction checklist which takes inspiration from the great rockers around the world.