If or When to take affirmative action. 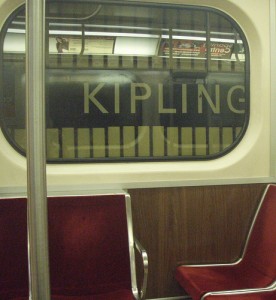 Hearing over the weekend about further loss of life in Afghanistan and reading all the various debates in the weekend papers brought to mind some verse written by Rudyard Kipling. Titled If  and written with regard to his friend, Dr Leander Starr Jameson’s raid against the Boers in 1896, and the British Government’s backtracking deceitful support.

Kipling was introduced to Jameson by Cecil Rhodes, a financier statesman who’d extracted a vast fortune from Britain’s African Empire through his involvement with diamond and gold mines. At that time, South Africa had two British Colonies and two Boer Republics. The majority of Transvaal (a Boer Republic) voters were white male British expatriates however the Boers had disenfranchised them.  Rhodes, Prime Minister of the Cape Colony wanted these particular Uitlanders to rise against their (Dutch) government and was encouraged to do so by the British Colonial Secretary Joseph Chamberlain.

A force of armed men were gathered under the command of Rhodes’ friend Dr Jameson and sent in to overrun Johannesburg.  Chamberlain, realising this had gone ahead, panicked and organised the Governor General of the Cape Colony to condemn both the raid and Rhodes. Meanwhile, Jameson, frustrated with politics between London and Cape Town, carried on regardless but he was tracked by Boer troops on the Transvaal border. Eventually he surrendering along with surviving raiders and was taken by the British for trial. Sentenced to 15 months he never disclosed the British Governments support of the raid. The British South Africa Company paid the Transvaal government almost £1million as compensation. Rhodes was forced to step down.

After serving his sentence Jameson returned to South Africa and eventually became Prime Minister of the Cape Colony but  Kipling’s anger  towards  British Establishment ‘s treatment of Jameson never lessened; he refused a Knighthood, Order of the Merit and post of Poet Laureate.

News in general makes for continued miserable state of affairs and back-tracking seems to be an up and current trend. Negotiating with certain Banks recently has confirmed to us that those who back-track use If  instead of When with regard to products being available. Declaring for us that, as someone once said, ‘There are three kinds of lies: lies, damned lies and statistics’. Kipling’s explorations about a done deed and man’s attitude in If would be changed should When be the alternative title (read it changing the two words) .

As for the classic British Establishment Cover-Up just listen for the little word the next time you’re seeking an honest answer.