In Business: Notes To Connect The Dots – April 2013 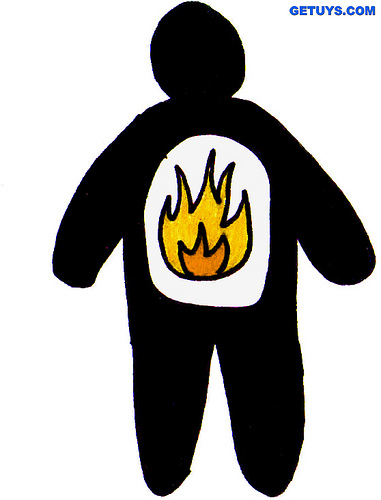 App for Business – One Direction

Aimed towards those who are too under pressure or routinely protective (I don’t need anyone telling me how my business is doing) to not monitor their own pressure points, I’d guess that if there was an App for smaller businesses to reassure themselves of motivation levels…. it might not be as much fun as Temple Run… but it has potential to be as popular amongst the UK’s 4.2 million self-employed and 4.8 million  private sector businesses. Especially if it included a Danger! Red Zone! warning indicating a response to general drag or optimism respite low spots. Said business owners could then be justified to level themselves up to an add-on ASBO (Assistance for Smaller Business Operations) that accesses an intensive check for deflated confidence and motivation melancholy, with a concluding re-direction plan.

Although… thinking about it…. any add-on ASBO with a re-focus objective that includes modifying behaviour might be as ineffective as the civil ASBO in being preventative. Neither have immediate visible rewards for complying with a warning, therefore any proffered advice, or plan, could be susceptible to being ignored. … Such an App would require another additional bolt-on offering: follow-up check-ins to the ASBO – ‘policing’ intactive motivation. But, as being inspired to plan or invest for a future is open to pessimism, no matter how many bolt-on levels… business life would likely drift back to unmonitored levels.  When an outlook is seemingly dismal, without something to be motivated about, it’s easy to lose focus … even dawn raids wouldn’t make a difference for some.

But this is all hypothetical … there are no Apps to confirm the micro or small business is approaching a Danger Red Zone… So, who or what, keeps the big boys and girls on their toes?

Take supermarket-land, maybe, because they’re devoted to providing More Reasons, a Fresh Choice, or More Of What Matters, it is that Morrisons plan to launch online. Or maybe, seeing a 33rd in succession growth, Sainsbury become sufficiently emboldened to have a spat with further up the ‘favourite chart’ rival, Tesco, about price promises. Who maybe, in turn, reeling from the burgers with a high Shergar content incident and recent profit warning, decided to invest in a restaurant chain.

My guess is that maybe they’ve all had their Red Zone warning Klaxon: Remember Business Strategy –  It’s Rooted in Commercial Objective.  A One-Direction plan… to which those that stay with it don’t go the way of those without realistic, efficient, one direction plans.

Of course operating a corporate giant isn’t the same as operating a small business. For starters, there isn’t the wiggle-room to lose £5bn and still give out £600m bonuses aka RBS, however, the corporates, just as the independents, do have their struggles. Different struggles with a mutual crossover that some independents ignore – doing what is right for the customer AND the margins. Mr CEO of Morrisons had said in regard to online food retailing “….it is not clear the route to profitability for most retailers” ….  `Scuse me!  The route to profitability is a general dilemma in business with regard to all areas in all sectors of all sizes. Granted, the supermarket, like the pharmaceutical industry, is seeing cheaper rivals and consequential saturation, but cheaper rivals and saturation are like hot cross buns and butter to the Micro / SME’s history….. They’ve been there, done that, got the T-shirt.  However when Morrisons, or the like, are criticised for lagging behind their rivals, their reaction seems to be motivation. For the smaller business that’s lagging behind, similar criticism too often seems to drag them further down. Instead of leaning towards their operation being a business venture, some retreat further back as if their direction is blinkered from reality.

Market conditions, economic pressures and ever constant competition alter. Thus opportunities for business can, and do, dwindle… Factor-in some eroding margins and the bite….though not always immediate (sometimes further into business cycles when working capital is called upon or net margins show sharp decline)… is felt. Let’s look at margins; profit and working/operating. A business might have more customers than ever, be turning twice the amount of goods or service over – even managing to diversify into other sectors, but its key measurement for success is to what extent profits are being hammered, because the business that started out as someone’s baby can follow through to uncontrollable teenager, with an altered measured risk. When risk-response equations aren’t ignored, net profits overlooked for gross profits, and margins distorted, the customers AND profit margins are being watched over. It might be worth noting at this point that an oligopoly is unlikely to be a recent baby and, therefore, unlikely to motivate any response, when ‘relationships’ break down, other than alteration towards its ‘one direction’.

Complacency takes away anticipation – which returns us back to the pharmaceutical sector, landlord, and supermarket. Patent protections hadn’t anticipated changes to healthcare, or generics becoming more readily available, some long-term investment landlords didn’t anticipated bubble-bursts and the lowly frozen burger’s, simplified equation; sale value less cost to process = profit, has unexpectedly added additional weighting and dented supermarket’s anticipated costs, to distort calculated margins. Even food producer’s margins, driven by the supermarket, or peer independents, could be affected. Differing conditions, differing margins, but corrective steps too-little-too-late to remain accessible, could see any one of them losing their investment.

The idiom of being in business not being for the faint hearted is appt, with an add-on, One Direction: Profit.

Are the rallying cries from micros and independents taking back their businesses muffled by an overwhelming cloak?