In Business: Notes To Connect The Dots – August 2014 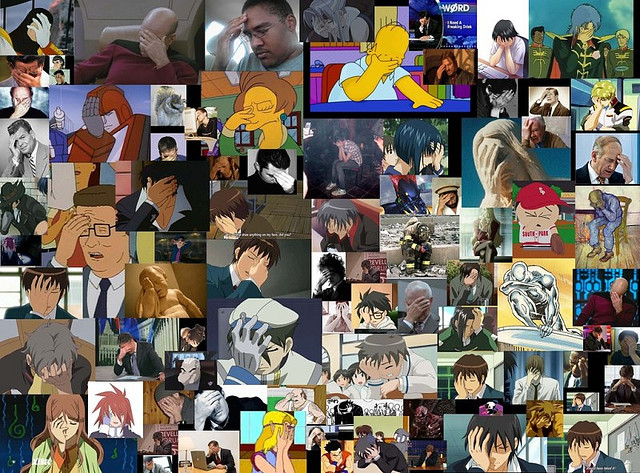 Know Anywhere I Can Get It Cheaper?

Hello – My name is Mike and I’m an addict.

I realised I had an addiction when I’d reached for something stronger than face-palm.

And as it seems, rarely does a week go by when I remain ‘sober’, and my head doesn’t take and involuntary rest on the desk because someone always swings by to tell me they’ve done the maths, know the numbers and all they now need to know is…. ‘can it be done cheaper?’

That’s my relapse cue for some surface impact, now being achieved through the namely Headdesk (known to some as BHOD – Bang Head On Desk), an extreme form, which for those who partake be warned – taken too swiftly can almost knock you out.

The root cause for my habit comes from back in the day and some novice landlords: there is no rationale where there is no experience, therefore I shouldn’t have allowed this to be be sufficient reason to start using facepalm and, had I managed to find some form of alert to those coming to me with bad habits, I might not have compromised myself by moving on to double facepalm.

I admit that my drug of choice is a crutch. It gets me through when I’m dealing with  those who don’t want me sharing my impartial knowledge, offering honest feedback or benefit from my working world’s experience. But, although it’s a dependency spurred by people following their own bad habits, doing things they might not want to do but not knowing how (or wanting) to let go, it’s not a vicious habit and only happens when I witness opportunity, strategy and long term thinking being sidelined. For example, when I’m presented with a cost-saving notion because it’s a snapshot to a quick fix or deemed the cheapest option, I take my own quick fix; which doesn’t impair my work performance, and hasn’t caused any short term damage (not certain about the long term!). Except that, now, because I’ve turned to Headdesk, with its giveaway thump, I realise my downfall might be around the corner,  “Hey Mike, is that the sound of you wracking your brain because you didn’t know this already?”

When we want to find the cheapest option and the easiest route, our expectations deflect away from wearisome bureaucracy and finding gateways, it appears easier to spend time with a comparison site. And, when I’m asked to confirm if something can or cannot be done cheaper, there is a bonus for these prospectors because I’m happy to confirm to them the comparison site is indeed a straightforward way of getting information. Comparatively, before any hard surfaces meet my forehead, I’d be focusing on features that mitigate costly blunders, the things which aren’t found on comparison sites and the things which by their very nature aren’t straightforward.  When I notice an equation is missing some numbers which can make a difference in yields, it’s not always received as helpful information: the response lever releases an exit where sheep are separated from goats.

“Those who mind don’t matter, and those who matter don’t mind” (Seuss)

These are confusing times, who to trust and who not to trust is difficult enough without involving one of the most emotive commodities: Money.

That’s the reason you’ll sometimes find me with my head deeply embedded in my desk!