In Business: Notes To Connect The Dots – December 2014 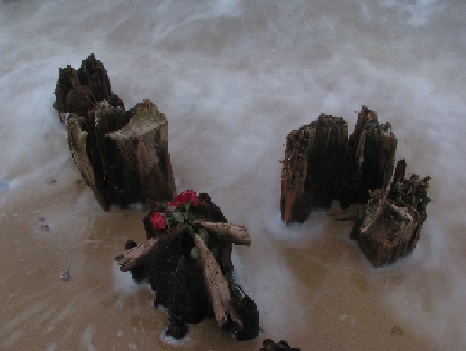 Carving a Story: Fact is Stranger than Fiction

Bring It Down Warning: I once had the misfortune of speaking to a man about life insurance a week before he died, his death hadn’t been anticipated; he was the victim of an accident.  The family holiday was much more inviting and distracting than talking with me, besides, he knew enough to know that he knew enough, the gaps were filled, there was (it seemed) plenty of road ahead to deal with the gaps he’d missed, at a similar stage in life I empathised his thinking.

A cheerless example of not all things being known and, when something unknown becomes known, what we do with the information becomes part of our story.

I’m reminded of this incident because I was recently distressed to hear of the death of a friend, a man who talked with passion about trees, for he was a tree sculptor. The world being an ever a smaller place, I’m certain if I’d commissioned him at a time of the internet most of my questions could have been answered via the all knowing Google, but, it’s the knowledge he imparted that I didn’t know I needed to know that stays with me (as well as the trees he brought to my garden), amongst all the ways to receive information his has stayed with me (and the reason coppicing contributes to my story).

Amongst the wealth of motives for business ownership and entrepreneurial spirit there are all manner of stories, from short through long narrative via pantomime script, stories unfold of treasures and curses, sometimes switching between the two, and each reaches beyond the commonality of theme to a common association.

The glorious stories are stored in personal living libraries.

Methinks though, too often the delights of these stories are ignored and left unread for the instead preference which fixates on immersion in template information  (part of the ‘going forward’ corporate jargon movement) and some of the useful stuff  (another personal technical term) can be overlooked.

It’s the overlooked stuff that draws me to a proposal because, in my opinion, there’s nowhere else to be able to understand a business better than from its head and through its eyes. Leaving the story out is the equivalent of going into a black hole without a torch. The legacy to leaving out the unknown is that something’s existence might never be known, or its existence is learnt of too late.

What’s the most important factor businesses rely on?  Indeed, it is the financial structure, for without safe structures  ‘design’ is robbed of opportunity.  And it stands to reason that putting together a structure with products you want is way easier than putting together a structure with products you haven’t stumbled upon, those being the products you didn’t know you wanted. Finding financial products you think you want is easier when they’re crammed in (go to any mortgage or loan site, the obvious will be stated), it’s the equivalent of taking up darts as a sport because arrows were the first thing to hand when you swung by the sports shop to do some research.

No ‘spacing’ or recommendation and information is withheld, with the resulting unknown remaining so.

A business is a personal creation, in the hands, under the management and exposed to the experience and ambitions of whoever is running the show. I find that one of the best ways to learn about a business is to listen to its story.

People shape their own stories, the carving of the stories become part of our own stories.