In Business: Notes To Connect The Dots – January 2015 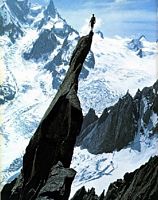 When The Cash Flow Is Akimbo

The trouble with the Northern Hemisphere is it mostly kicks the year off with near glacial temperatures, a January rarely passes without freezing and unless you’re a business with a pallet or two containing snow shovels, gritting salt and other winter paraphernalia, it’s unlikely you’ll escape an adverse effect from being frozen; be it staff and customers, equipment and facilities or the general conditions.

As the end of last year’s holiday period slips away (goodbye `different-ways-to-spend-a-day’ and hello `time-discipline’) it becomes more apparent even in a clock-free environment as the day signals out, from early morning alarms, through news on the hour pips, to body-clock alerts to hunger, the day isn’t long enough! Days disappear faster than a polar bear rolling through the snow when the year hasn’t even hatched and any time saving plans are spent as decreasing temperature meets water.

Business operations will at some point, and to some (no pun intended) degree, suffer as the juggling of time is assaulted so early in the year, the effect is similar to the disruption on a property purchase chain, cash flow can quickly become affected and, depending on who-owes-who, turn into a vicious circle.

Besides the resentment of time being stolen, most business owners hate to chase payments because as well as the knock on effect with supplier relations, delayed payments obstruct financial stability. When cash flow freezes, pressures expand as ‘space’ is taken up, the pressure on wriggle room and having nowhere to go means things start to crack. Knowing the debtor hasn’t previously been unreliable isn’t sufficient without a movement in payment. In turn, without good-cop/bad-cop clarity or the tougher line a detached third-party takes, a payment delay for the smaller firm can be costly on many levels and other businesses in the ‘chain’ are let down.

When large corporates implement a strategy, I’ve been known to comment that smaller business’ should consider doing the same –  I promise to pay is a valueless statement when it’s frozen in the middle of a bottle-neck. All the lenders I know determine the risk of their debtor, and maybe this is the year for the independents, who don’t already determine the risk of the links in their supply chains, to do so?

The cupboard doesn’t have to be bare, no amount of shaping the day with time and record keeping can prevent even some profitable businesses succumbing to an iced-up scenario. It might only take a few unplanned days of hindered operations to come along and throw the cash positioning akimbo.