In Business: Notes To Connect The Dots – July 2013 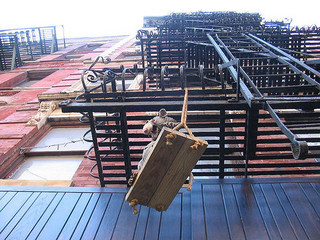 Us humans and Mr Ratty et al  have a lot in common: both are partial to a swim and a bit of chocolate (rarely done at the same time ), both are deemed smart thinkers with, apparently, Mr Ratty having a similar brain to the human one (although, as yet, with no vermin version of reality TV,  humans could be Top-Trumped).  And….. both use the internet, although with RATS (Remote Access Trojans)  managing to infiltrate businesses,  it would take more than MC P.Piper  to repeat his carefree rocking  down the streets of Hamlin, with a killer soundtrack hence the viral version of Ratatouille can have  the winning hand.

Attacks happen to all size businesses, either as a target or by inadvertent corruption, attacks which have an immediate impact on an unprotected or unprepared business. Last year saw 87% of small companies  experiencing a security breach; that’s a lot of wasted time and resources. A malicious insider who manages to infiltrate the security departments of an empire or avoid teams of people devoted to security insight and take down a corporate giant holds more interest than hearing about Dave’s distraction from a Trojan Horse that took him out of biz for for a week, or that SME Sue’s cyber attack meant her customers couldn’t place their orders..

It’s easy to bid one rack one’s brain, I’m sure my poor head aches again, I’ve scratched it so, and all in vain, Oh for a trap, a trap, a trap!

I’m fortunate – In my business I don’t have to accommodate credit card terminals because, according to a data breach investigation report, the indication is that almost a quarter of confirmed breaches, with a financial motivation for the attack, are amongst the retail and restaurant sector: Terminals must be a prime area of concern for some businesses.

Inevitably, as the online business ‘market-square’ encroaches evermore there is caution from some about venturing onto the internet for exposure, or using digital. On the one hand, here is a platform that enables them to grow their business exposure and customer access, on the other hand, the gateway appears to be a swinging saloon door exiting into a feral unregulated world  which could immediately expose them and their business. However, my gasp was still flabbered when, the day after hearing and speaking with various people who had, in all literal senses, global experience of data risk, I spoke with not one, but three smaller business owners, each alleging not having email. I didn’t need to ruminate the question; How can denying a business another link for customers, employees, suppliers or peers to communicate be effective without the modern day equivalent of a biro being accessible?, for long. There was a common denominator, if a flexible business mindset had ever existed, it had become ‘infected’ by a self ‘malicious’ short-sighted attitude about effective business.

With shrinkage concerns central for businesses at any time, these owners, are similar to wild rabbits with Myxomatosis, they don’t realise their symptoms are compressing their doom as they  snuffle and munch their way along the delusional safety of familiar grass, blind to predators and oblivious to the ready-to-strike vermin that put a hole in the wallet. They might avoid the cyber attacks and RATS that can damage unprotected, unprepared business but they’ll unlikely avoid the verminous affect that has them belly-up for an eventual Sale.

In days of yore, before SME access to email, my future FIL was the victim of a Rat attack at his business premises. He knew it was a Rat because it was found smouldering next to a power cable having left perfectly gnawed indentations for the insurance company. Thanks to a Bank Holiday (banks were blamed even then), refrigerated fresh food stocks had an extra day to bathe in warmer temperatures – long story short – stock wasn’t available and his customers were let down. Unlike the raft of information available for businesses today, he’d never been advised on any ‘but for the’ loss of turnover cover; these rats cost him business and then some.

“By gnawing through a dike, even a rat may drown a nation” – Edmund Burke

Roll-mop herrings followed by, a little too quickly for my stomach, cheese tasting session isn’t an inevitable by-product of a business trip to the Netherlands. It’s all in the planning. A data breach doesn’t have to be an inevitable reason not to integrate a business online.