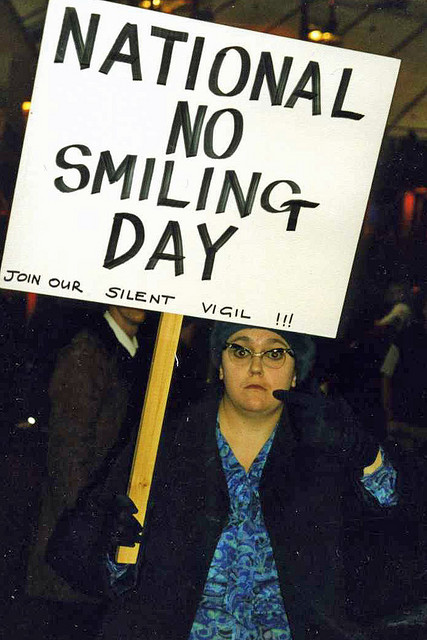 Heckling A Comedian Never Works Out

As the campaign trail days are almost through (or might actually be through by the time you read this) I’m curious to know if the hecklers that politicians face are the same as those who take on comedians.

Either way, unless there’s a hung parliament to extend the haggling, and prevent the microphones being quietened and awkward photo opportunities to cease, the political comedy-gold landscape will probably remain bare to confrontations. Not until the circus comes back to town (after State Opening of Parliament) will the endless parades of politicians we’ve been seeing, begin their stand up, or sit down, routines.

Whilst you and I might be left scratching our heads wondering ‘How did so many MP’s manage to gain a seat with no settled political view?’, because so much is covered in social media, where news gets devoured like Piranhas upon a carcass, commentators can’t afford to waste their time. Susceptible to heckling, public speaking is the same as comedy.

Congratulations then to the comedian I heard about whose counter response to his heckler was a stance of, ‘shame won’t fix it, experience will’ (an interesting tagline maybe for RBS?). By offering five minutes on the stage, the heckler was exposed, but not disempowered. A week ago the whirring in this guy’s head momentarily said ‘this is the right thing to say’  but it hadn’t followed through and drawn a line.

And what fine lines there are. Trying to make controversial subjects humorous can be cringingly shocking to hear but, when the thread of truth running through the joke is about a wrong doing, it can be so bang-on-the-line you can find yourself laughing (hence, being so removed from the daily norms of us average folk, the antics of politicians and the upper echelons of banking find themselves on comedians’ set lists at the brunt of well-crafted streams of consciousness and a good punch line, or from the heckler’s less sophisticated approach).

How many of us think the other person’s job is easy but never get the chance to give it a bash?  A man visits his bank manager and says, “How do I start a small business?” The manager replies “Start a large one and wait six months.”
Even with a week to prepare, the funniest part for the audience wasn’t the jokes, it was the guy admitting that his sympathetic nervous system had found the experience horrifying.

We may be spectators of the economy but we should all be participants of our own money. What is the line between those who pose difficult questions and those who are viewed as plain provocative?  Which is the heckler?

It being `a shame’ won’t fix it, but experience is a start.