In Business: Notes To Connect The Dots – September 2013 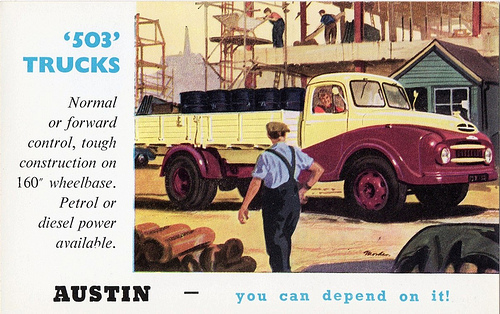 Small firms are on the whole still feeling austerity chomping at their heels from which many are facing heavy additional burdens. Consequently, doing the bare minimum to get the job done means ‘right’ or ‘wrong’ decisions aren’t always considered, and we’re seeing a distinctive two-camp pattern of  those who acknowledge that changes continually happen, therefore they have or are prepared to adapt….. and, those who prefer to put their head in the sand.

Notice any parallels with the endless financial headlines?

For example,  LIBOR (London Interbank Offered Rate), the wholesale market interest rate for lending between lenders (banks), once perceived as a reliable benchmark, was recently subject to claims of manipulation.  Did it  adapt or put its head in the sand?  Whichever, it’s now being forced to look at change.

Base Rate has current ‘forward guidance’  giving that, providing unemployment remains above 7%, interest rates will not go above the four year static 0.5%. When the MPC (Monetary Policy Committee) make their decisions for setting the Base Rate (BoEBR) to meet inflation rate targets, the  objective, based on variables, is to maintain price stability whilst supporting the Chancellor’s objective – In essence  to strike a  balance between keeping inflation down, yet not pushing up interest rates higher than would be healthy for  inflationary pressure. Theoretically, interest rates could stay at the norm 0.5% for the next few years. Dependent on how they are interpreted, dependant on which numbers are used, the shift around could be viewed as ignoring the facts or being ‘forced’ into change.

This Interest rate, for short term money lending by the Bank of England to commercial financial institutions, (who in turn set their own interest rates for their borrowers and savers), was changed between 1997 and 2005 on 30 occasions  –  26 came in the form of quarter-point changes in either direction, and the rest were half-point changes –  from 1971 to 2013, the average rate of interest was 8.19%…. and, with a potential forced change for mortgage lenders, (consequence of EU rulings); which could have mortgage lenders  having to tell borrowers ‘the maximum interest rate they have charged during the past two decades’, this APR could arguably contribute to already confusing information, with both lenders and borrowers wanting to bury their heads as preferable option to advertised loans and their Klingonesque small print : ‘Interest rate of a maximum of a charged during past two decades’.

What could curb all this confusion?  What could possibly give those in business an opening to consider the ramifications of not considering?   ….got me to thinking about the derogatory term: Normal for Norfolk.

For any not familiar with this reference to a county, it’s used when describing an action (or less sensitively an individual) which is seen as so ridiculous it could only have been born as a result of inbreeding; the implication being it’s a stupid action. Scratch away at the letters (distraction technique for mounting paperwork) and it takes only the removal of a few consonants before a couple of useful phrases alight.

The new normal (following 2007-2008) for business could utilise these phrases as clarity from many a powerful body: this is ‘Normal for No Folk’ or this is ‘Normal for Folk’.  ‘They’ (those who issue the statements) should be able to see clearly each time, by the response they get, that we (those the statements apply to) understand what it is we’re being told.  The phrases could help us to understand whether something is a long or short term expectation, or acceptable or unacceptable situation – We’d be able to clarify whether they do or don’t know what they’re doing. They could go about their business realising what they perceive as ‘Normal for Folk’  is anything but normal…. and we could go about ours, understanding ‘Normal for No Folk’ is anything but normal.