In Business: Notes To Connect The Dots – September 2014 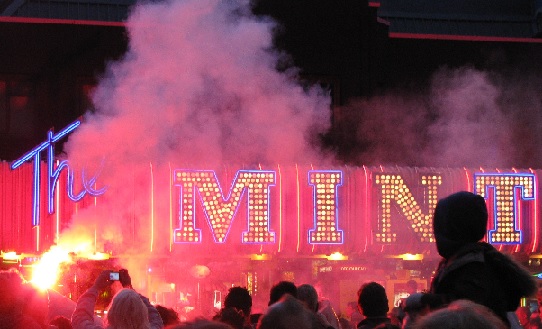 When does the one syllable, four-letter words into minute-long sentences, yelled out in single syllable breaths monster surface?

Think about the last time you were on the receiving end of rejection.

Did the ‘it’s- not- fair!’ Monster surface when you were reminded that the world’s not fair, and this time, it’s not fair in your favour?

Deserved and fair or undeserved and unfair, it’s an uncomfortable place to be, with an uncomfortable word placed hanging in the air: Reject.  A powerful word with disrespectful connotations that’s used in high places and, the considered term for those whose bank loan application is turned away: the rejects.  However, any bank rejects may feel slightly more comfortable about their tag when they hear about the proposed forcing for some banks to close the Billy-No-Mates zone and offer their cast-offs to other lenders.

Can you go forcing something if it’s just not right?

Apparently ‘tis so, the plans have been confirmed. The Treasury is drawing up their strategy in preparation for legislation and announcements during the Autumn (sometime when leaves are on the line, hay fever has turned to flu, blankets are being brought out because there’s a reluctance to put the heating on, and an Autumn Statement is due).

I can’t even begin to guess how many business groups and trade associations are linked with recent business statistics that show there are 4.9 million UK businesses, of which 4.7 million are categorised with micro status and  (though some are incorporated for deposits) there are somewhere in the region of 181 ‘banks’ (not including Building Societies) listed as active in the UK by the Bank of England. From amongst all those glorious numbers there were a magnificent ‘over 45 responses’ (I’m not certain whether ‘over’ means 46 or whether somebody decided 45 was enough before it was time to put the kettle on) rallying to the call from the consultation, to answer questions on  ‘help to match SMEs rejected for finance with alternative lenders’.

Sounding remarkably similar to the processing of victims in stocks (although it’s an image that might work for some, that would be the wooden pillory variety not the trading type) the proposed linking to ‘alternative lending opportunities’ suggests, for the mandatory process, ‘SME’s will be forwarded on to platforms’, whenceforth by their visibility, be sped to open market (I added that bit).  Similar to how some banks already operate (i.e. Santander and Funding Circle), ‘rejects’ will be asked if their details can be shared on Government designated private sector platforms for exposure to those who have an interest in staking their claim for a lending opportunity.

It wouldn’t surprise me if the mandate wants a `Guide for the Innocent’ creating which would be placed at various points of the youthful open spaces that have replaced privacy discussion areas in banks; no applicant will be left unturned and no applicant will be deemed capable of understanding why (notwithstanding unfavourable times) their business might be viewed by a particular lender as unfavourable. The leaflet’s headings likely something along the lines of How to improve your Chances for a Successful Application, Prepare your Business Plan, Know your Numbers, to a final If Your Application Fails. Then, more Disney than Dragon a simple statement ‘don’t worry, somebody will want you – ubiquitous smiley face’.

Finishing with:  If Your Application Fails:  OK, expect to see the taxi with no brakes waiting, not certain how much fuel will be in the tank. Destination? How should we know?  We want to close the door ASAP, you’re an unwanted guest. No guarantees but, if you’re lucky someone will pick you up, to cosy up over the spreadsheets, won’t (but maybe should) happen.

Despite HM Queen Elizabeth II stating (4 June 2014) ‘The Bill (Enterprise and Employment Bill 2014-2015) will support small businesses by cutting bureaucracy and enabling them to access finance” I humbly ask (not wishing to spend any time in those stocks), am I alone in an ever sceptical viewpoint?

Any bank, with new goals of bigger fish, being forced to share data with other parties about an applicant they deem a reject will definitely cut bureaucracy. But, (and this is the big but, possibly with a double T) to manage a referral system that treats all applicants equally, that is mindful of them falling down open gaps left over from perceptions of ‘non-quality’ custom, that ensures the Guide for the Innocent has all the lines in between read, that clears the applicant’s path of stumbling blocks to avoid a missed opportunity, means managing the difference of enabling them to access finance and enabling finance to access them.

Businesses (and not forgetting that lenders are businesses) are exposed to all manner of risk; market, operational, financial, consumer and pure liabilities; all contributing to continual and continued exposure.

Some businesses will manage to hide from some risks, some are on a hiding to nothing; the risk is, what do you expose and what do you reject?