In or Out? Greece and the Euro 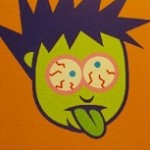 With the hokey-cokey playing out in Greece, banks are set to lose money if it leaves the euro, but the effects could be felt on home soils worldwide.

Apparently contingency plans are being made for such an event, which presumably support the banks in damage limitation against a further ‘credit crunch’  however, any losses faced by the banks from defaults filter down. As they are deemed unwilling to lend to one another, British banks are therefore  susceptible to a Greek exit.

The squeaking wheel doesn’t always get the grease…. Sometimes it gets replaced.  Will they or won’t they?