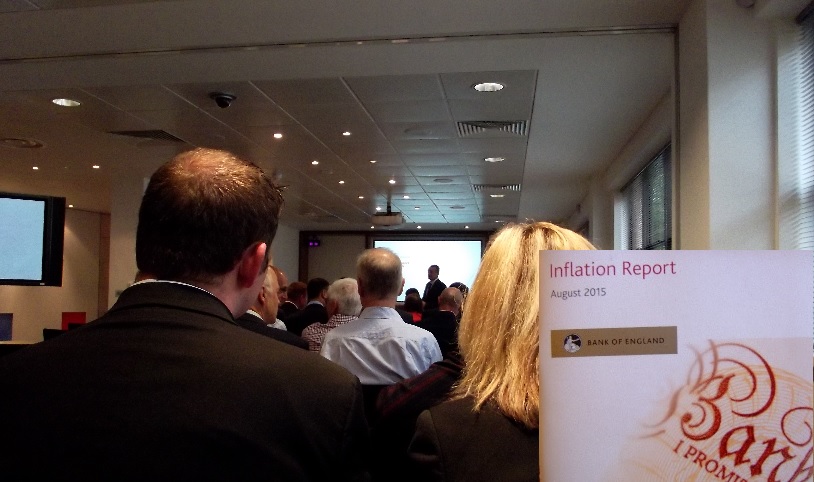 The Quarterly Report from the Bank of England had only one of the nine MPC panel members voting for an immediate hike in the benchmark rate. The vote was a claim to keep inflation in check and to ensure that future rate lifts are smooth and gradual; deferring a rise for much longer might impede economic growth recovery.

The Report forecasts show policy makers predicting annual inflation to climb to the 2% goal by the third quarter of 2017, providing that interest rates rise in line with the financial markets expectations.

Base Interest Rate remains unchanged at 0.5%, however, the case for a rate increase is, and has recently become stronger because of, the official line of `falling margin of slack’ in the labour market. Weighed against this remains the argument that employment is at equilibrium, as more capacity is being added, therefore the figures are not clear, as the economy could be said to be not keeping pace. Additionally, the mix-effect of migrants has kept wages lower, therefore skills are becoming scarce, with only marginal wage rises reported.

There appears to be a consensus to gently raise borrowing costs to keep future increases `smooth and steady’. As per the last Report, unless there were to be a significant negative turn to the data, a rate hike is likely to be getting closer to the circa Q2 – 2016, as a way of keeping inflation in check.

The CPI (Consumer Price Index) is one of the measurements watched for movement towards the bank’s 2%; food prices had their first increase for seven months, according to the BRC (British Retail Consortium). The 0.1% increase was apparently driven by higher prices for bread and alcohol, while the CPI showed prices returned to zero  in June due to the fall in the price of food and clothes.