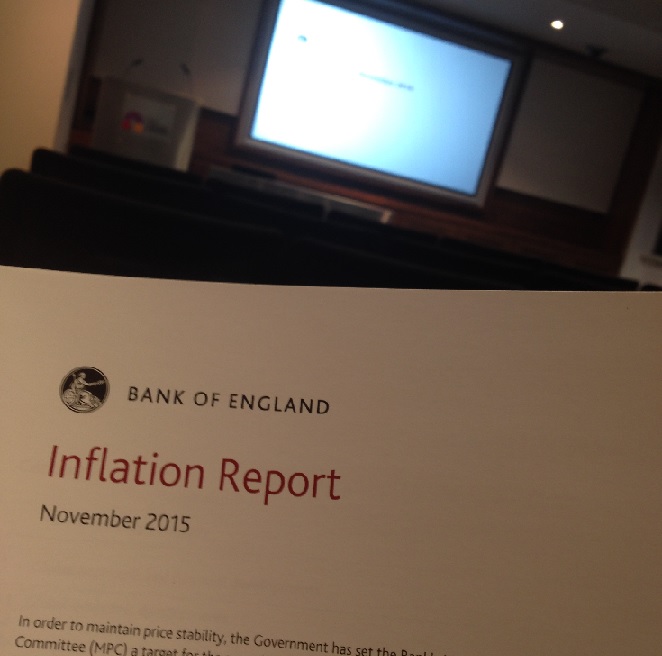 With no change in policy for two years, the consistent `not if, but when’ continues on the static 0.5 % rate that’s held for six years, when the latest (Q4) report was issued by the BoE.

Analysis in this recent Inflation Report of economic outlook has downgrading to global outlook, and friction on inflation giving way to persistent drag, resulting in an indication that interest rates will stay lower for longer, because the global ‘economic picture had changed in recent months’. The BoE also downgraded its growth forecast to around 2.5% for next year from 2.7%.

BoE governor Mark Carney said it is “relatively prudent” to think that interest rates will rise in 2016 – a hint, perhaps? CPI inflation is expected to rise above its 2% target in about two years, so what of before then? What part will Base Rate play in 2016?  China had quite some part to play in the recent report, not least that UK banks have exposure in China which may affect bank funding and costs to the UK, yet are the Chinese figures to be believed?  And where will Brexit sit in this?