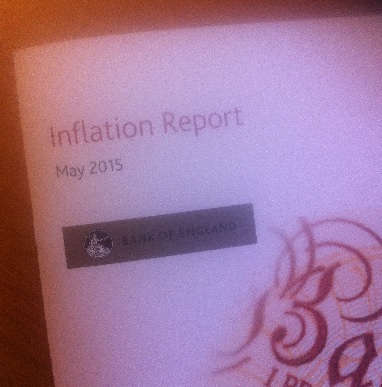 The mix of data used by the MPC to set their inflation target set the tone of the Quarterly Report from the Bank of England and the position of UK fiscal austerity. A cautious report, showing downward revisions to the near-term inflation and GDP forecasts, and a general indication that the next move for interest rates is more likely up than down but remaining on hold for now (no MPC member is currently voting for a rate hike).

Impact from the recent election, with the pound gaining strength, added to a 4% increase in sterling since First Quarter Report (February). Manufacturing output rose in March, after twelve months of weak growth, however, it remains lower than 2008.

The view remains that a rate cut has risks, therefore the implication is, unless there were to be a significant negative turn to the data, a rate hike would be circa Q2 – 2016, a whole year away. The stance of the MPC is that of stimulating the economy, to which it is understood the UK has spare capacity. The degree of slack in the workforce indicates firms are working to normal utilization with unemployment at long term equilibrium, however, in general and from my perspective, a workforce with stifled income, and therefore spending potential, means the balancing act appears to be that growing the economy would lead to inflation taking off.

Regarding the impact of the intensification of the Greek Crisis, Governor Carney has said there would be an ‘impact on world growth and a modest impact on UK growth’ because of the mitigation for a spill over.

The BoE maintains its stance of the long run average indicating things will `return to normal’ within 2-3 years, however, from my desk here at SUF, I take a view that it could be considerably longer, and because financial architecture is never stationary, what we are seeing already is our new normal.