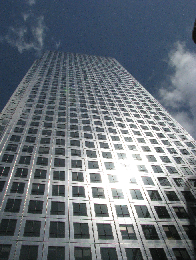 Four outsiders in the world of high-finance who predicted the credit and housing bubble collapse of the mid-2000s decide to take on the big banks for their lack of foresight and greed – a true story – a book and now a film with an angry Brad Pitt.

Get in the queue ……  He’s mad with the finance industry.

The Reason He’s Mad 8 years after the crash?

NIL Reserve
A house went up for sale at auction with no reserve, bidding starting at £1, it sold for £21,000.

It has serious fire damage and needs major repairs but apparently inspired fierce bidding and was ‘Sold as Seen’ in Tredegar (Wales).

5p
Has brand alliance handed a new string to the smaller business’ bow?  Implementing the ‘bag charge’ seemed chaotic for a time but, in true British style, save for the few who made a dash of with their Tesco baskets, in true British style, shoppers adjusted to the new ruling, for anything thinner than 70 microns – unless it’s being used for fish, meat, prescription medicines, flowers, blades ….or  to give out information !?!  Some smaller retailers have responded by having cloth bags printed with their logo and every time the bag is used for purchase with them customers get 5p off.

£49.37
The cost of meeting Father Christmas – $75 !  The US shopping mall met a backlash and changed their policy for the experience that had teamed up with Dreamworks’ Shrek  – Santa is free again, photos cost more.

£2000
The cost of a child’s party apparently, when Team Apprentice is in control!
‏

@Alex_T_Smith
Nothing says “this party bag costs more than a flat in central London” like putting everything in a sandwich bag.

What Osborne said and What he Meant – Autumn Statement
What he said: The Government will help address the housing crisis in our capital city with a new scheme – London Help to Buy. What he meant: I know its piffle and bad economics but it sounds as if I want to help and it might accidentally push house prices up even higher, which London home owners may pretend to be horrified by but they’ll keep voting for it.

Spring 2016 – No news is good news? Retailers will have to wait until the next Budget Spring 2016 for the review into business rates.  Representing off-licences and independent retailers – ACS – echoed comment of many bodies,  they welcomed the extension of rate relief but were disappointed there was no announcement of continuation.

April 2016 – Flood Re is a government and insurers scheme that will allow residents of homes prone to flooding, access to affordable insurance  – and looking to accept its first policy by the target date.

Idea Rich but Time Poor?
Motored by focus and objective – taking time to plan – being acutely aware of numbers – big Companies do it – so can smaller business.  Keep the objective clear.  It doesn’t have to be War & Peace but it does need to be clear, plan.  Know your numbers, short and long term + adjustments for the bit in the middle.

It’s All About Attitude
You’re allowed to Scream…. You’re Allowed to Cry … But DO NOT GIVE UP……

Liked 675 times
UberFacts ‏@UberFacts
Crying while negotiating at a business meeting may get the crier what they want if they are perceived as having less power, a study shows.