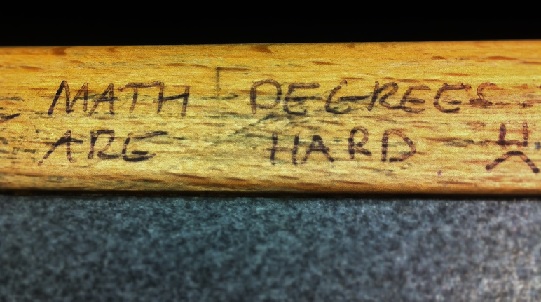 From The Desk Of:

Who’s Paying?
Mostly everyone; lenders, banks, businesses and individuals affect each other, from the effect of Interest Rate lows, highs and fluctuations. Add on any advantages and disadvantages of differing mortgages, loans, pensions, property values, investments and bonuses, savings also take on a new architecture.

What’s Being Talked About?
Sensitively named Later Life Lending and Equity Release appears to be making some innovations both for the asset-rich and cash-poor who are in the retiree age range but aren’t necessarily retired, and those who have delayed their entry into property ownership. Changes will mean that first time property purchases will increasingly be made later in life and retirement away from paid work stretch further away from the conventional.

Often referred to as a ‘ticking time bomb’ (along with pensions, credit cards, the economy, buy-to-let, Greece’s debt crisis…), Interest-Only for residential is coming out of the shadows. Presumably to prevent the ticking tag sticking, flexible options are currently scant for the right borrower.

Who’s Paying?
The state-owned bank, created to wind down failed lenders Northern Rock and Bradford & Bingley, has repaid another few billion to the Government. Customers down in numbers and the mortgage books being lower than when UK Asset Resolution was formed (2010) might have something to do with a proportion of their customers having changed their lender and some redeeming their mortgages.

What’s Being Talked About?
Their ironically surnamed CEO (Richard Banks) is planning to sell or outsource  day to day mortgage servicing activities.

Headline Most Agreed With
‘Don’t take retirement advice from TV. Reverse mortgages are more complicated than they seem’.

Why is it Good Advice?
The premise of the Bloomberg Business article was the targeting of focus groups with short ads for complex products, not the products themselves. Aimed at seniors, late at night and offering cloudy information, they’re not dissimilar to some UK lenders whose ads infer something that’s too good to be true. There’s no reference to processing labyrinths, credit footprints or low payments being monthly amounts not annual. It’s not the products that are all bad but as the article says …. it takes more than a minute-long ad to understand the workings of the terms.

Ad Most Liked
Brand lands’ fantasy bank journey, with the long nosed cartoon family, was shunted to the side-line some time ago, a-a-a-a-a-along with the irritating train music. Time passed, then, packed full of tugging at the heartstring cliché, beautiful vignettes of black working horses appeared on our TV screens. With an emotionally charged soundtrack the message seems to be that none of us ever forget our first love (in this case a horse).

What’s the Strategy Brief?
Choose only one:

A) Get everyone to buy a horse.
B) Release a subliminal message for logo recall.
C) Remind folks of their bank being their best friend with a heart, who’s always by their side, no matter if metaphorically ploughing onwards, facing metaphoric fires, wars and stormy seas, or needing a pint of milk and a lift to the wedding.

Quote Most Liked
‏@ThisInspiresUs
If you don’t step forward you will always remain in the same place.

Buried Assets
Large cities might run out of burial space because graves are ‘occupied’  in perpetuity and there’s pressure on development of land. It might even afford a ‘ticking time bomb’ headline.

It’s a Grave Problem
GLA commissioned research in 1997 and 2010, with York University Cemeteries Research Group carrying out the assessment. Proposals were given for efficient land use, suggesting stacking graves 3 or 4 deep, re-using graves, creating above ground mausoleums and encouraging cremation.

Development Plans
Apparently there is little regulation relating to new cemeteries and burial grounds; contamination or water courses must be avoided and access to the site must be adequate and maintained for visitors and, if looking to develop some land for burials, there’s no surprise that rural areas are presumed not as difficult  as built-up areas however, if pondering a home cemetery, it might be worth considering the suggested 20% drop in house value, not to mention that some buyers might be deterred if any plans are carried through.

If Greece hadn’t come to an Agreement?
The farce that was a deal for Greece has happened and a Grexit has been avoided but….

What Happens If A Country Leaves The Euro?
For trading and payments done by computer systems, the country needs a new identifiable currency, issued by the International Standards Organisation in Switzerland. Greece’s current code is GRD (GReece Drachma). This takes…..

I frequently shout at Siri and always growl when Jack’s brought out of the car. Wonder what I’d do with Sally… or will HAL get there first?

Barclays have decided to go the road of the supermarket, they’re cutting staff and introducing ‘assisted service counters’, each having a friendly name, customers are told by advisers to go and use the machine, ‘Sally’, ‘Fred’, or whatever is deemed a friendly name. How is a friendly name chosen? I’m for technology that makes life easier, it’s not that long ago self-service at the supermarket seemed time consuming compared to the checkout but I’m not certain my customer experience would be enhanced if I knew the self-service was Sally. And, what’s the difference between the generic ATM and a Sally flickering her lights in the corner? Apparently Mike is considered a friendly name too! There’s actually a machine that is considered so friendly, so much so, it’s called Mike!  I don’t know whether to be depressed or proud?  I’ll take comfort in that Barclays’ Mike doesn’t give advice …and I won’t make a withdrawal from your account. And as for the request ‘please enter your pin into Sally’! That’s sufficient reason for them to think about a reboot on the name….