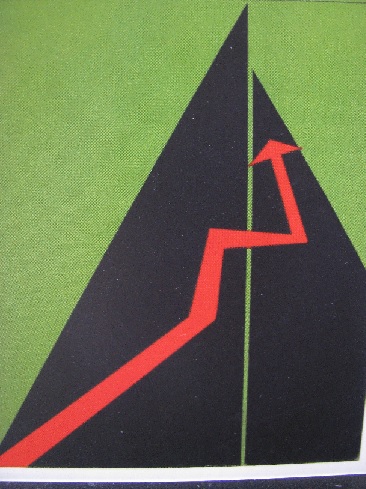 From the Desk of:
Michael #stepupfinance

With a mix of lower cost to entry, highest return on capital growth, prospective house price rises and mortgage rates thrown into the mix, will this list of areas (from Savills)  alter during the remainder of the year?

The Agenda:
The Bank of England MPC (Monetary Policy Committee) meets every month to set the Bank’s base rate. Using the CPI (Consumer Price Index) inflation number their target is 2% per annum. However, a law was proposed at State Opening of Parliament, to cut the number of meetings (starting in 2016) and speed up releasing the quarterly Inflation Report, trials start this month.

The Secretariat isn’t a Secret:
The Secretariat in this instance is not a famous American race horse but one of three senior economists who act as note takers for the draft minutes. These are signed off and released two weeks later.

The Path of Percentages:
Chaired by the Bank Governor, decisions are made by four members of the bank, plus four external members. During the wavy path leading up to March 2009, when  the 1.00% Bank Rate dropped into a 0.50% trough, members had elected increases to a 7.50% high (June 1998). Aside from making the term Quantitative Easing part of everyday language, the meetings are held, in part, as a way of controlling confidence in sterling; which influences short term market rates on cash held in reserves accounts at the Bank, which in turn affects Libor (London Interbank Offered Rate) calculations.

It’s Unanimous:
As the latest minutes note two of the policymakers being ‘finely balanced’ between a hold and a raise but the vote was cast at 0-9 and borrowing costs for commercial banks remain as per the previous 171 times, on hold at 0.50%.  Since 2007 inception rates have increased 18 times and reduced 26 times.
Which Comes First, Rate Hikes or The Clocks Going Back?
The general chatter points towards the second half of 2016 for a 0.25% raise to 0.75% rate, remaining below 2% for a couple of years. The minutes show a 0.75% base rate priced in by May 2016.

Guess it’s All About Predictions:
If weather forecasts are anything to go by, the longer the prediction the less accurate it is. Maybe we should be looking at crumbs left behind at the meetings biscuit plate? More crumbs meaning more consumption, meaning sugar highs needed, a tough time for predictions? Less crumbs, more uneaten biscuits, meaning less concern and a quick meeting before lunch?

All’s Fine with Rates:
The average interest rate, for a selection of London banks lending to one another, is the three month British Pound Sterling (GBP) LIBOR  interest rate. Usually a margin above where those banks think the BoE base rate will be in three months, at maturity, it’s different from overnight rates, weekly rates, monthly rates, yearly rates and all other rates. Similar to stress testing mortgages, when banks are reluctant to lend to each other, Libor increases.

Different currencies have different rates and maturities. The rates are used by banks as a base to set interest rates which affects lenders’ interest rates. Lenders rates vary according where their rate was set.

Three years after investigations began, and the same month that saw record fines for rigging, the first criminal trial for Libor manipulation was held in London last month.

Cash for Kids:
Parents cutting back on spending are having their savings swallowed by rising costs, according to as study by the CEBR (Centre of Economic and Business Research).  The basic cost of raising a child has increased since 2003 by 63%, from birth to age twenty-one some £229,251 is spent, including childcare, education, food, clothing, toys, holidays, birthdays and driving lessons.  The most significant costs will be between the ages of one and four.

Cash for High Streets:
Footfall rose by 4.4% during the last Bank Holiday weekend, compared to the same time last year, as the holiday coincided with the start of the summer Half Term. Visitor numbers were up for coastal and historic towns as the sun shone, and footfall was down in shopping centres and retail parks until the rain fell, when the decline was lessened.

Cards for Cash:
It is said the Queen doesn’t use cash, Barack Obama doesn’t carry cash  and now more of us might not be carrying cash, not have cash to carry or simply not using our cash. Card payments and online transactions are overtaking cash payments.  Amongst the numbers used to asses this declaration was half an hour at an Asda Superstore, during which 11 out of 18 customers pay by card. The Payments Council estimates that by 2024 less than a third of the money we spend will be cash transactions.
________________________________________

THE ELEPHANT IN THE ROOM

Trust:   Who to Trust for Financial Advice?  Narrow the list. Think about the advice you’re searching for. Would you go to a garage to ask about your headaches? Would you go to your GP because you had a headache? Advisors come in all sorts of guises, with differing types of experience.  Some are restricted by their employers, some are independent.

Short-circuiting:  Is there a way of getting around having to put some effort in?  Would you be concerned with your mechanic kicking the tyres when you’ve got a gearbox problem?  Think about how much effort you expect the person you go to for advice to put in to make them competent to give you advice. Would you expect the mechanic to ask you questions about the car before they can give you an explanation?

Desktop Notes:
Despite wanting to be prepared, a common phrase heard is  ‘I know I’ve got those papers somewhere’.