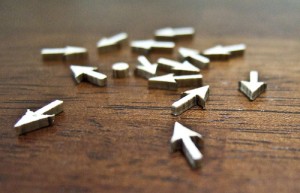 X  Marks the Spot: The NeXt Big Thing

Whoaaa!  A Dragon circled the world twice in three hours in December and, before doubt creeps in, this wasn’t after a wee dram or three.  Space X   launched and returned to earth its spacecraft.  This private company has recognised the potential for a commercial space station supply-run when NASA retires the space shuttle this year, maybe even an astronaut taxi service.  Constantly making refreshing news,  there are lots of big numbers  associated with this project  yet, in terms of inspiration, this X Factor doesn’t spark in the same space as X Factor for interest in The Next Big Thing – Which is ironic, considering entrepreneurs look for it, successful business has it and wannabees live for it.  So who, or what, sets the standards, gives the breaks or makes The Next Big Thing?

Publicity ensures any red carpet is rolled out for TNBT (The Next Big Thing) only when there is guaranteed payback. Whilst taking off on a space flight and flying around in a rocket is a dream for many, few have the potential to make it reality in their lifetime. Visionaries need finance and finance needs visionaries because these people understand what they want, and have the drive to achieve it.  The deep pocket’s chicken-and-egg scenario for which the ideas person has to consistently believe in themselves, and understand that their idea has to be profitable to inspire interest, otherwise there’s no going into orbit. The public have shown their interest in empathising with a person who goes from superior shower-singing, to recording artist, in a few weeks on X Factor and the X Prize  also illustrates that those who believe in themselves can get public support.  Money follows the scent of success and gets the ball rolling for TNBT which in turn inspires those still working with their hopes…..but how often is TNBT passed by, unnoticed and undiscovered?

To Infinity and Beyond isn’t light years away and, as a philosophy, nurtures TNBTs. However, back to gravity, meteoric rising isn’t always necessary. Devoting their lives to whatever they believe in, visionaries are the terriers of their space  as many a business will understand especially when it comes to having the ability but the lack of finance to support ideas. Anything should be possible, especially when combined with the advantage of enabling technology.  Just as the purchaser has turnaround power it’s important that small business believes, then understands, it too has turnaround power.

There is no doubt that businesses, business and people will be looking at not only their money for strategy and solutions, but increasingly, all areas of commercial interaction will be looking at The Next Big Thing; To Infinity and Beyond the Next Decade.