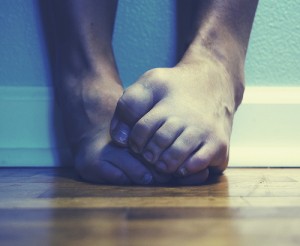 Waiting for Pain to arrive…. is a Pain.

What do coffee, a romantic, passionate, poetic or philosophical experience, a haunted house, champagne, electricity, waiting for test results, running, the dark, heights, certain chemical substances, some phone calls, dancing and being caught doing something you shouldn’t be doing all have in common? Answer to the frightening or fun, fight or flight, response to these situations; Adrenaline.

And there have been plenty of things to make the heart beat faster over the last month besides the dehydrating effect of heat.  Fear about the Emergency Budget, for England during the World Cup matches, for the Florida coastline following the BP oil spill or that  the sound  systems won’t be amped up at Summer music festivals and no Brit will qualify for the Wimbledon finals.

The culture of fear for long term decision making, brought about in recent difficult times, is an easy way to get a hedgehog roll reaction; however understandable, it’s not going to accomplish anything. Whilst rolled up in a metaphoric ball, meals are being missed with  opportunity blank out, less Sonic the Hedgehog and more Mrs Tiggy Winkle.

Pre-warnings about potential outcomes of the Budget, commentaries about the England squad’s performance, understanding the effects of oil spills all contribute to forewarned, forearmed – therefore –  anxiety.  Seemingly, anxiety is worse than shock, as illustrated in an experiment that asked, `Before being given an electric shock, would the participants prefer to receive a bigger shock sooner, or a lesser shock after a lengthy wait?’

Worrying over the pain meant the outcome was game over for small shocks as the participants preferred being hit hard rather than having time to think about the consequences.  Anyone who’s been on the receiving end of a misdirected bat or racket will immediately empathise with this notion. The memory of pain, even for a millisecond, can be enough to instigate a hedgehog response as soon as the sound of the unzipping of sports bags is heard.

Not all decision making is unpleasant, it’s the event that is being put off because of dread that has the unwanted adrenalin rush. Just as in the experiment, should the anticipated shock be put off with a consequence of coping with dread and then pain, or be taken with the consequence of short, sharp pain, no dread and clear thinking?

We’ve all been there at some point, not liking what we’re hearing, our brains shut down. Worrying expends energy and it’s much easier to take ourselves to less energetic places as few things are certain, until they happen, and any present comfort is more desirable than making an effort to go through pain. However, the consequence is, for such situations, the time for pain will come around and when it does, energy seizes up like a rabbit caught in headlights;  any ability to be enquiring is impaired, hence fear restricts choice.

Value-based decision making requires, to maximise any positive value, minimising any negative value  i.e. an immediate response, whether it be business sector, individual or company, or personal situation.  Making the decision to respond with a situation that needs attention, business plans, career change, or whatever might not be considered better value when there is an unpleasant shock but, the value is that, any consequence of delay would potentially include compounding the state of anxiousness and impairing the ability of decision making, when the time comes.

The England v Germany match or drug testing are two examples where situations  are put off and fear creeps in but they also highlight that those who are prepared can benefit. The risk is lessened because rational thought isn’t being impaired by adrenalin or dread. Information for decision making, needs to be of Value to the recipient to improve the making of decisions.  The experimenters would need to relay as accurate information about the shocks ahead to the participants as Capello did to his team about their opponents, or Drugs Companies do regarding their tests.

There is a ‘Brave Pill’ being currently tested for those whose stress situations go off-the-scale. For the rest of us, the continued volatility shouldn’t be ignored but, instead, set aside whilst rational thought emerges and considers how, with limited commodities and resources being vied for, the step-up can be taken to plan ahead.  Shocks tend to be like buses…… They inevitably come in threes.