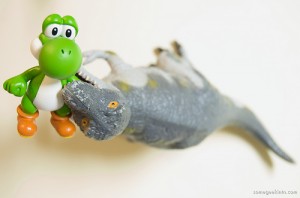 Life on Earth climbs out of the Swamp….

“Liquidate labor, liquidate stocks, liquidate the farmers, liquidate real estate. Purge the rottenness out of the system….” This was the advice given by Hoover’s Treasury Secretary, Mellon, during the Great Depression.
“ High costs of living and high living will come down. People will work harder, live a more moral life. Values will be adjusted, and enterprising people will pick up the wrecks from less competent people”, he went on to say.

We’re not historians but this does, to us, seem to be echoing the metaphor of Survival of the Fittest. Adapting to conditions achieves survival necessary to go on and become the fittest. With an attitude of weeding out the weak, the ‘survival’ phrase has been a business mantra throughout the 20th Century, taken to new heights during the mid 80’s and continuing until very recently.

Ironically, the fittest may no longer be fit. We have a new economic world with different surroundings. It was futile during the age of ‘might and arrogance’ to talk about the trust we’d built up with our clients. Reliability and loyalty weren’t priority characteristics in the swamp. Those that had the same ethos worked quietly alongside us without the bells and whistles of a louder, brasher way of working.

However it now appears that we might be something of an anomaly. An outcome of the economic evolution has altered many to now think about something we have been advocating since our inception 16 years ago…..  Take One Step Backward to Make Two Steps Forward. Those surviving to become the fittest are those that adapted alongside us. The Brontosaurus is a better known dinosaur than the Apatosaurus  but, as Sir Alan said during an Apprentice sales task, ‘novelty sells’.  Whilst one is easier to say than the other, neither survived the evolutionary process, and both are the same dinosaur . The Apprentice’s Brontosaurus, whilst being novel didn’t survive as choice for the sales task either; he was deemed too expensive by the chap who got the chop.

Many believed, during Victoria’s reign, that the theory of natural selection could only have been born during that  time of Laissez-Faire attitudes, which remains an argument for now, as some would say, there is many a dinosaur walking the halls of Westminster, especially looking over their comments in the news over the past few weeks. The evolutionary process of natural selection should be interesting to watch emerge from that particular swamp….. but our persistence and tenacity has ensured our clients’ and customers survival which in turn ensures our survival –  proving that we’re not lofty cold-bloodied dinosaurs.

House Prices
Nationwide has revealed that house prices increased by 1.2% in May, however, the other Indices indicate a different story. Halifax, Rightmove, Land Registry, Hometrack, etc, all report decreases. So who to believe? Well, they are all correct, they simply use their own data to provide the information for the report, and, as we all know, column-inches in a newspaper are always important – Perhaps this time the positive property value movement has taken priority.
Rates
Margins are under the spotlight again. Regardless of the current Bank of England Base Rate, to which most mortgage products are linked, the “Lender Margin” – the amount above BoEBR, therefore setting the “Pay Rate” – is on the way up again due to miscellaneous external variables. The result? Expect Fixed Rates to rise over the next few months. New Tracker products may not be quite so scary.

If you have missed any of our May musings and snippets remember to take a look on our website as these are updated regularly on the Blog Tab.