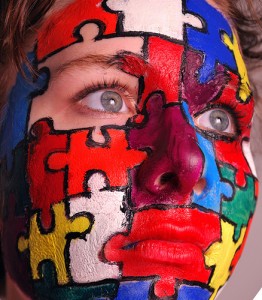 It’s Not a Puzzle, SB is IOH

A confusing cryptic signing-off at the end of an email we discovered to be a lamenting excuse rather than reason to be tagged on to a name.  As email arrived along with a misplaced attachment we assumed the acronym held an unknown reference to said document. Phone calls were made through various departments to be given the aural equivalent of an emoticon from a self proclaiming overworked employee, ‘IOH is I’m Only Human’.  We’ll leave you to visualise the insertion of whichever  appropriate symbol you feel should follow that  i.e. smiley face, stupid grin, exasperated face, etc. because by this point the one the one we wanted is unlikely to exist.

Only those existing in some parallel universe made up of Star Wars characters wouldn’t be able to use this phrase at some time or another, the rest of us can relate to IOH, except there is a caveat; as anyone running a small business with business DNA running through them will understand. Business DNA dictates IOH is only acceptable as a reason and should never be used as an excuse, even for those who think they are superhuman. Of course it’s imperative that the business is kept under control but it’s dangerous ground when the interpretation is doing it/everything yourself (DIY).

Business owners evaluate their metrics , for strengths and weaknesses, in different areas, however, how often does that small business turn its attention to a key area, the owner, to acknowledge their strengths and analyse their weaknesses?  The jeopardy of the flexible business owner who is IOH, in terms of keeping control of their business and constantly embarking on DIY, is to  become the emoticon of a well-worn elastic band; worn or brittle and snap, Oh! My Gosh! (OMG), not a good look for the business.

Using leverage in its broadest sense can be the strength for many small businesses, by analysing and evaluating those areas of value , organising the tedious tasks and considering the potential to drive the business forward, small business can use its IOH specialism.