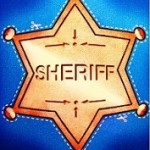 Bureaucratic Control at the Mindset Maze

Inflaming the notion of time costing money, the sense of over-regulation  to the point of distraction is a common experience for the small /micro enterprise; any ability to be flexible being taken away when relevance in proportion is replaced by overwhelming bureaucracy. For some, feeling like an overburdened force-fed goose, the business can be perceived as limited for competitive ability, stifled with a side order sense of entrapment as routine activity inches along the high walled maze with narrow passages made up from rules and regulations, on top of rules and regulations.

With such a thorn pressing into the side of business any navel-gazing is easily replaced with a distorted viewpoint. Regulation should remove the complexities of procedures,  however, when simplification becomes complex, it can be overwhelming to the point of shutting down a business to engagement.

Commercial law consultant and writer Parviz Owsia  wrote of the saying wherein silence signifies consent. Stretching that thinking into the small business culture, regulations, aimed at reconstructing a framework and conditions in which a business operates, has undefined economic implications because, other than knowing history has taught us that markets react, the past is no indictor of the future. With market conditions reacting to complex balances, the new economy is consistently a new economy to which pressures for small business markets aren’t specific; under difficult economic conditions, there’s no established response or course of action to be taken which is, ironically,  exactly the experience of many owner-manager’s key experience; being able to react  to change.

Businesses are intrinsically linked to a ‘culture’ of networks to which it is not only the customer who requires value, so too do suppliers of a product or service, just as both need to give value as part of their relationship.

Being able to evaluate and recognise that adapting means survival for growth, rather than survival as conservation to a state of almost hibernation, can prevent short term challenges becoming the long-term state; or termination. Adapting a mindset can be as great a challenge as interpreting the changing business environment. It is counterproductive, to do either as reactive resistance, or, not previously being agile, moving from inertia into action via regulation  is reinventing a business without considering its present situation, there is no strategy. Had Homer Simpson been referring to his business when he said , When you gave me that money, you said I wouldn’t have to repay it ’til the future. This isn’t the future. It’s the lousy, stinking now!, he obviously hadn’t  the right mindset, and there certainly would have been no reacting with a strategy for the change in his circumstances, regulatory or not, and there’d be no quoting him saying, ‘Time to activate plan B’.

So it goes, old ideas exfoliated away, leaving the core of a business exposed as to what it offers is a concept too far for traditional businesses grounded by their managing to muddle through, misinterpreted as a cushion of resilience.