Keeping Afloat With A Concrete Lifebuoy 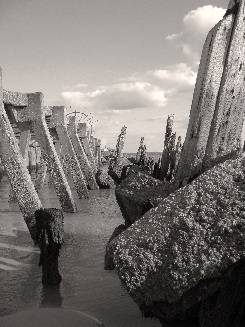 What is it about a deviant building, reaching across the borders of Steampunk, that so terrifies the lenders?

I was recently reminded about this adversity by lenders towards non-standard constructions when a project, happened to be built with a concrete frame, came my way.  The build materials weren’t all ‘non traditional’ and from the outside there are no adverse features… in fact quite the opposite (as can be witnessed by many architecturally designed properties).

Granted, modern concrete has a better load-bearing ability than the older versions of concrete – as does the modern version of brick – but, taking into account the reasonable argument that some older properties haven’t been maintained, I genuinely don’t understand the rubber-stamping approach to non-standard construction properties (commercial or residential) by the majority of concentrated lenders.

Concrete doesn’t last as long as brick is the theory…. try telling that to the high-rise with a primary structural frame of the stuff….. or the reinforced concrete load-bearing span, or the myriad of other uses that concrete offers to building and constructions stable of super strength choices.

In an economic climate of change, when people are looking at altered options, concrete deserves some altered attitudes from lenders because blanket cautiousness is as unhelpful as a concrete lifebuoy for the developer trying to keep afloat.