Leading Business: At The Bottom Of The World 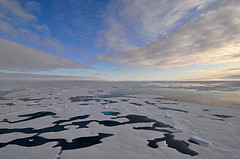 3 Degrees C.  Almost tropical compared to conditions faced by Shackleton.  A UK chilly winter morning reminder of the decision, almost 103 years to the day, ‘it was better to be a living donkey than a dead lion’;  winter clothing layers were required.

Shackleton’s circumstances were different, having ventured furthest towards the South Pole than anyone before, he could have been the first to reach it, but, as rations were running low – he’d taken no fresh fruit or vegetables – choosing instead to take 25 cases of whisky for warmth along with 12 cases of brandy  6 of port and some Forced March  (cocaine pills)…..  with pack-ponies filling out the low supplies, the choice was return or die.

Organising and leading any adventure to places with adverse conditions, such as the South Pole, isn’t meant to be a comparison to operating small business or business rescue packages, however, there are similarities in respect of taking on responsibilities and any thoughts of losing what you’re working towards.

The man who brought order to chaos for the men who worked with him, respectfully calling him ‘Boss’, seems to have left a legacy, that of role model for endurance.  Taking opportunities, he never gave up although wasn’t successful with his business ventures, he died in heavy debt.

Not without his faults, Shackleton certainly was an inspirer, the decision taken to head back meant his men survived for another expedition, he faced his lenders and negotiated further lending for another expedition. One which involved being frozen in ice for over 6 months, an order to abandon ship, watching his ship sink, failed attempts to walk across the ice, drifting ice floes, days in lifeboats on freezing stormy seas, hurricane storms, frostbite, limited equipment and months of isolation only to return to a country in the middle of war.

He believed that attitude in his team was as important as ability to do the job; everyone was expected to pitch in.

Fortitudine Vincimus – By Endurance We Conquer…. Time to ditch the thermals and get out the hip flask?