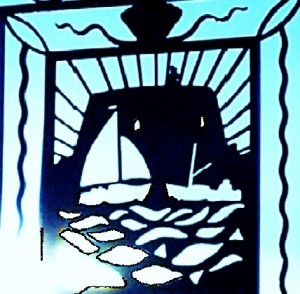 Meeting Customer Service: What a Difference a Day Makes

Actually, more likely what a difference several days make, but the basic concept remains the same.  About a year ago I blogged about  the missed opportunities  for micro businesses and small enterprises that I’d encountered because of their confusing business promotions and disappointing customer service; both disengaging me as a customer and disappointed me as a business owner. Or maybe, upon reflection, I’m misconstruing bad business practice for cultural determination: the English do seem to make a habit of stubborn resistance throughout history.

Talking with a friend, of his passion for sailing, he had a determined attitude in resisting my resistance to spending unnecessary time in wild water; as his sailing companion, he persisted in my not needing to be Jacques Cousteau (little did he know of my Kayaking days involving full Inuit seal suit before any Eskimo roll; emergency or planned!)

My resistance brought about his recalling tests of endurance and the first Golden Globe race, the 1968 non-stop single-handed sail around the world. At that time, as a merchant engineer, he was aboard bigger vessels to which the adventurous Sunday Times sponsored prize was of great interest, inspired by Francis Chichester’s  circumnavigation, he, as many at the time, was excited by bold details of courageous solo staying-power.

The undertaking was pitched to sailors who were not independently wealthy and likely unresisting to a challenge; they all needed sponsorship to sail, or big prize money at the end, and at a time when the public were hungry for gossip and adventure stories, an ideal time for a newspaper to sponsor such an event. With any starting date between June and October, two prizes were on offer; one for first round the world and one for fastest time. Of the nine entrants only one managed to finish; Robin Knox-Johnson: one yacht was dismasted, one floundered; Donald Crowhurst is alleged to have entered the race to stave off bankruptcy, all the others retired.

Which brings me back to business: Although they don’t always make it known, customers like to understand what is on offer, holding out little resistance to convenience. Whilst any business holding out, stubbornly resisting the changes to its marketplace needs either to be incredibly wealthy and able to support itself through the changes, or, with no `Plan B’, very accepting of their future potential, coming in with a chorus of que sera sera.

One year on, out of desperation, not choice, I returned to the pharmacy I’d blogged about. I was offered a privacy booth for direct consultation with the pharmacist, there was a new easy accessible layout, and approachable, discreet assistant amongst the changes to the almost by-the-book fresh approach. But it worked!  An almost unrecognisable heavy rainfall hit gloomy 0.2% shrinking GDP Britain was on the other side of the exit door, to which this satisfied customer came over all Arnie-like and looked back saying, less Terminator and more determinate ‘I’ll be back!’.

The point I’m making, in the time it could probably take to round Cape Horn, and not even considering the metaphors attached relating to small business and small boats being put out to sea, is that, it is only by default I’d became aware of this particular businesses new offerings because they, having succumbed to any resistance to change, haven’t yet shouted it from the rooftops to their potential customers.

In the intervening twelve months I’ve come across other businesses, from other industry types, who practice the same undirected or misdirected attention towards their customers. How much business have they lost, not only from me, because their message still isn’t out there?

As for me, the message was loud and clear, that with support, I’ll make it onto, not necessarily into, the Orwell.