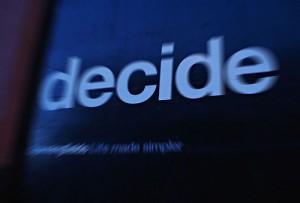 Murder in the Dark

“Mama Told Me Not to Come”  sang The Animals, Three Dog Night and later Tom Jones with the Stereophonics.  Ambiguous lyrics run through and a mantra repeats that it was a Mama who had forewarned of potential trouble. The earliest version gives an air of discovering something unknown, the following version hints at fear with elements of hesitance, the final version shows a confidence beginning and all three exude the excitement of taboo. No matter what the era, ‘Mama’  gave advice which, on an eve of discovery, that alone might just be the reason to go ahead.

So what has this to do with our subject matter of finance?

For the majority of us, as we scrambled through our younger years trying all manner of new experiences, there will always have been some parental figure, in the background, wagging a finger of warning. Some may have had an advantage of any mistakes having the metaphoric plaster applied and some later appreciating any scolding for the sentiments behind them. As we move on, such parental figures move aside and their reprimands are something that remains only in our heads and we begin making our own decisions.

Financial decisions are huge, not least because they impact on every aspect of our lives and certain aspects of our lives are subject to emotion more than others. So, is there a ‘Mama’ in matters of finance?

Not to detract from some lending institutions’ charitable deeds, whilst their media campaigns are that of being friendly and empathetic the reality is that their decisions are made with (their) logic and, as we move further up the chain, upper echelons are further removed from emotion when it comes to their workaday decisions.

Finance, especially personal, is a difficult taboo subject for many to talk about. Although information about the subject can be garnered from all corners and debt advice charities such as Citizens Advice shouldn’t be underestimated but when it comes to that warts and all conversation a ‘Mama’ substitute is required.  Since the oxymoron of Solvent Bank came about, finance and trust have been torn apart but trust is needed for such a conversation.

We’re always talking about the need to secure knowledge in personal finance and we’d like to think that those who ignore such advice aren’t doing so to be petulant. If you want to have fun you might consider turning the lights on or, as with a recent crazy party which we’re all aware of, things can soon get out of hand and it seems a crime to ignore the opportunity of once again having a ‘Mama’ who’ll wag a finger of understanding instead of waiting for an en masse finger wag when it all goes wrong.

As Agatha Christie once said: “Good advice is always certain to be ignored, but that’s no reason not to give it”.