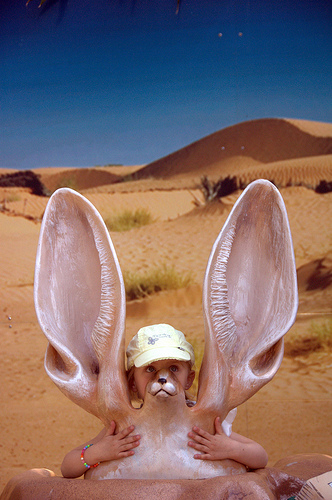 Shout Out: Listen to Customers

As it was almost the end of the day, on the last day of the week, with signs of autumn around the corner and no frantic last minute chasing around before the new week starts, this, as the twilight of the afternoon came together perfectly, was surely a rare moment to be savoured, lulled by the relaxing effect of an appropriate drink to mark the occasion… I switched the TV on.

There are few similarities, between real time and the TV show formats available, to illustrate the starting, maintaining, growing or understanding  any business type from top to bottom – probably because it takes massive effort and lengthy periods of time dealing with business’ mundane, regular things that have to be dealt with, or the sometimes things that don’t work out quite the way they’re supposed to, such as coping with declining prospects, that few understand – it holds little interest to business owners and much less interest to an outsider.

Four business owners confronting each other about the pros and cons of their B&B hospitality had sobering effect.  ‘Breakfast should be included in the price’ ….. ‘We don’t do that’.   ‘With no locks on the doors, it’s not worth that much a night’…. ‘We don’t do that’.   Proffered as supposedly constructive criticism for a game show, it was entertaining and a perspective to not be taken too seriously but when I heard the disappointing almost singular response (which I hope credit is taken by editing) to their faux ‘customer’s’ comments, as to ways of improving their offerings , it was an opportunity clearly wasted for the business and, being adjusted to boo-management, shouty-telly agitated me sufficiently to not waste any more of my time for the remaining hours of daylight.

There is no career route in business; it’s a roller-coaster ride over a list of things you want to do, it’s only when you’ve ridden it a few times you can begin to know what’s possible and what’s not quite as possible…. and sometimes there’s still the unexpected lurch, weightlessness, dizziness or butterflies in the stomach which makes the decision to stay on, or get off, a difficult one and sometimes…. it seems like the ride will never stop. With more and more businesses feeling the pinch, waiting for customers to open the shop door or watching and willing phones to ring doesn’t make for great viewing – except maybe when the dramas kick-off as dark thoughts set in about business being over in the stifling confines of real time self-employment with no escape route, but generally, watching someone grow a thick-skin wouldn’t be considered as entertaining as someone moving through a series of trials aka the instant celebratory factory type shows – where you won’t hear ‘We don’t do that’.

Maybe it’s my having a business with a perceived identity shackle; the dreaded ‘f’ word, that seems to make many take off to the hills as though the bad guys have arrived in town ready to wreck havoc, which makes me uber-sensitive to how other trade types are perceived.  In business, working better or harder doesn’t guarantee an equative success.  All too easy to funnel yourself down the media hype that confuses and overlaps personal, investment or commercial finance, thoughts become fermented and you’re sometimes left with a reverberating silence and wondering what to do next. Which, for those businesses usually positioned with a regular stream of customers, unless they’re like Peter Kay’s mum waiting expectantly for the phone to give its three rings announcing a safe arrival from the caller, any business owner waiting for the metaphorical business phone to ring could be facing the addition of a baptism of fire by downturn.

Although I’m no expert in marketing, I’ve met commonalities for businesses sectors, the crowded market place and competition being two, the necessity to keep moving across changing models  another and constant mix of daunting and excitement being another two.

So, when it’s your business that customers are turning away from, do you:

With so many clichés around, misconceptions can be attached to all types of trade like a bumper-sticker announcement and decent traders can be perceived as flawed. Who you market your business to is essential which, watching those B&B owners holding in their true thoughts for asides to camera illustrated for me, displaying a business’s core values like a peacock displaying its feathers, isn’t as obvious at it might sound.  Most businesses claim to put their customers first, offer a different experience, give customers exactly what they want, be the best, or offer a high quality service – they’re everywhere – and while some do and are, others make claims because they know it’s what their audience wants to hear.  Whilst the cliché can be useful (believe it or not; I hate Mondays), they can also be misleading; not every builder is a cowboy, or estate agent is waiting to trip you up, and hairdresser is incapable of conversation beyond a holiday…..

What can a business to do in the face of adversity, stand its ground with a ‘We don’t do that’, if you don’t do something: don’t do it. When you do something, even when it’s a, ‘don’t do’ something, don’t do it by halves; let your customer’s know why you don’t do it.  Being the bestest, the smartest or even the most amazing isn’t sufficient without something substantial to back up the claim. Shouting at businesses on the telly, I’ve decided because I’m the boss of me, is not only OK, it should be positively encouraged because it turns a passive exercise into an interactive one (of sorts)…… but a passive business thinking it’s become animated by single phrase only, is something I’d discourage.