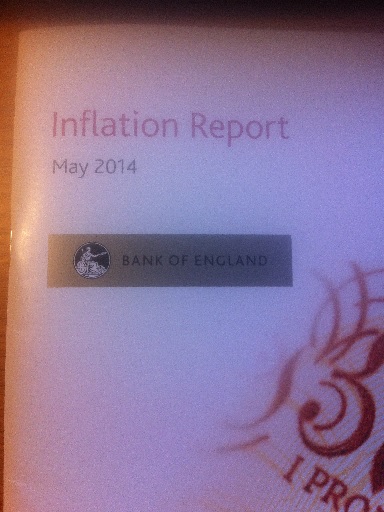 He’d said, at the World Economic Forum,  “Once goal setting is done, the Central Bank needs to be more determined toward output and there must a better understanding with set goals and the tolerance level of banking operations” and being in a bad – but improving – place is, according to Mark Carney, Governor of the Bank of England, a good problem… but a problem.

Using, instead of the usual nautical associations for this island nation, Carney delivered a speech using the world cup as an analogy: there was no ‘even keel’,  instead the agenda was ‘goal setting’.

Falling unemployment has reached a five year low, but The Bank’s decision about when to raise interest rates from 0.5% will continue to depend on the amount of ‘spare capacity’.  The ‘slack’; those companies not running to full capacity, or people not working as much as they’d like, being the measurement.

So, who’s pitching the goals?