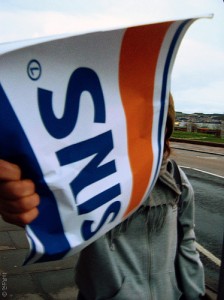 Sins Ain’t What They Used To Be

As the Roman calendar names September as simply Septem, month seven, with no reference to the usual God or hero, we’re been reminded about how barren the world of finance is of Gods and heroes and thought it would be an opportunity to give consideration to Seven, in terms of finance in this unprecedented year, deadly sins.

Pride : Having an excessive belief in one’s own abilities or love for oneself.   Pride prevents any learning taking place consequently unnecessary risk taking is the outcome. No matter what state the economy is in, if vanity is avoided, learning takes place and the chain reaction of introducing further ‘sin’ is avoided.
Envy: Desiring others’ traits, status, abilities, or situation.
Being able to balance essential and non essential requirements and creating strategy can be sobering. A difficult one to avoid but with careful assessment an objective can feel like soothing anesthetic.
Gluttony: The inordinate desire to consume more than that which one requires.
The difference between sufficient and insufficient.
Lust: Obsessive or excessive thoughts or desires.
The bottom line in preventing gluttony’s twin is identifying the difference between wants and needs.

Wrath: Extreme and uncontrolled feelings of hatred and anger.
Life is unfair.Taking command and gaining a thorough understanding  prevents such a fury.
Greed: An excess beyond lust and gluttony.
Yes, a sin that exceeds the excessive sins and one we’ve all heard a lot about.
Sloth: Failing to utilize one’s talents and gifts.
Blocks empowerment; prevents success and achievement at any level.

So, those are the sins now what about the punishments?
Pride:  Broken on the wheel
Envy: Put in freezing water
Gluttony: Forced to eat rats, toads, and snakes
Lust: Smothered in fire and brimstone
Anger: Dismembered alive
Greed: Put in cauldrons of boiling oil
Sloth: Thrown in snake pits.
(Devils, Demons and Witchcraft by Ernst-Lehner)

At this point, if there is any spark of excitement when thinking about The Bank that wouldn’t give you an extended overdraft or charged you a month’s salary for going into the red by a few pounds, we’re afraid you’ll be disappointed as it seems guaranteed that the modern ‘punishment’ for such behavior, in the higher element of such circles, is The Bonus.

The love of money is the root of all evil, apparently said St Paul, or in other words, it is not money but our attitude to it that counts.

How right the chap was. Telling someone they need to budget, in order to stay solvent, used to be the job of those that, in days gone by, could well be swimming in a vat of boiling oil. Instead such people now offer up a series of automated numbers for you to phone and are as elusive and unreal as the product they trade: Finance.

Looking over the embers left over from financial hell-breaking-loose can feel like looking over the edge into the circles of a personal Dante’s Hell and it’s often easier to turn away. Whilst the winds of change keep the embers burning it’s worthwhile picking over personal wealth and nurturing what remains. It isn’t compulsory that, by conserving a financial situation, you’ll be taken as pillion by a certain Four Horsemen to dance with Beelzebub.

Good stewardship needs more than the ambiguous messages being trumpeted by major lending institutions.  It needs genuine people with real solutions but as we don’t want any big wheels near us we’ll just say that we’re here whatever your query.

We’re not intent on selling as we have nothing to sell. You won’t have to face the situation of shouting at an automatic phone system; we’re a small team giving you immediate attention because if you’re contacting us we share the same values for attending to personal matters of finance.