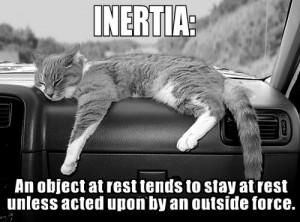 The Business Equivalent of Lactic Acid – Am I Bothered?

It would be too simple to blame the Olympics,  too easy to blame the holiday period  and too British to blame the weather for absorbing business focus. But, without wanting to sound like a easily forgettable Award speech that lists the team involved – amongst the landlords, property developers, retailers, publicans, pharmacists, beauticians, hairdressers, builders, decorators, artists and others I’ve worked with (….almost forgot the portable toilet developer), I’ve never met a time before when “Can’t Be Bothered”, as an attitude, has been so disturbingly prevalent across so many different sectors and markets. The polarisation between virtually audible sighs and animated attitudes, laughable excuse and insightful reasoning is striking.

There are those whose business holds their attention and they want to fight for its long term existence and those who neglect it until annual account check when the fading pulse is obvious in the statement and returns.

Maybe it’s Clarkson-esque to make a sweeping statement and assert the character traits of those in business without delving further into their individual circumstances but, on this occasion, highlighting the inertia-busting characteristics of the Can Be, won’t be deflected by an ‘ but you don’t understand’, or ‘ it’s different for them ’ because, in my experience, there are few with the common denominator of being their own boss who can be sieved through into the Can Be bothered from the Can’t Be bothered: no matter the circumstances, we’re all in charge of our own attitudes.

Those who understand the need to spend their money to benefit their business before they can tweek any model definition and focus on their customer base already review the balance sheets, keep the files updated, monitor financial reports, use cash forecasts, know their margins – the Can Be Bothered.  They’re doing it, no procrastination for them, they understand business’s equivalent of lactic acid.

Can’t Be is unlikely to change: the MD of an independent lender who procrastinated for eight weeks in response to my concerns about misleading behaviour from one of its directors, the pharmacist who wanted a unique solution for business wavered for six weeks and couldn’t be bothered to implement the small amount of energy needed to implement it, pension-pot landlord who needed answers and wannabe property developer who sought guidance both picked my brains and all illustrated that Can’t Be could be a blueprint for the white-lie easy way to take out but not put in. They’re the mini-me of the greater culture of lying: politicians do it, banks do it, CEO’s do it, marketplaces do it, in our social lives sports people do it, celebrities do it, the ad-men sell it, – There would seem to be little incentive to behave differently. We all, to some extent or another, do it, attitude determines to what extent and purpose we are a Can Be or Can’t Be.

‘Ability is what you’re capable of doing. Motivation determines what you do. Attitude determines how well you do it’  – Lou Holtz.

It’s the way of the small independent in business – different business characteristics, run in different conditions, with different routines and different regulations; and so then the architect who went out of his way for wannabe property developer, the small enterprise owner managers who understand that to explore an idea doesn’t mean dirty tricks in the mix, our web/internet guy who reacts quicker than internet connection speed, the non-arrogant accountants who return calls, and the MD’s who lead their directors in accurate advice, are all their own Can Be bosses: As are the lender managers who gave time to pension-pot landlord and the manager willing to drive out on a second lengthy trip to reassure a small business owner.

Can’t Be seems to have a prominent feature; it’s from a culture of things coming easy, in which it’s easy to let things go. And it’s interesting to observe Can’t Be in moments of realisation, the finger of blame is pointed, weapon style, usually toward another Can’t Be in a type of Mexican stand-off, because they can’t be bothered to shoot first.

Weakness of attitude becomes the weakness of character – Albert Einstein.