The Sky is Falling Down 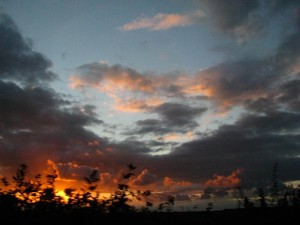 Calling at a Banks’ hole-in-the-wall is probably one of the No-No’s on the lists of precautions against scamming but sometimes is unavoidable.  As is with the way of life that, just sometimes when concentration lapses, not all precautions are taken.

So, when someone we know called at their usual ATM of choice but failed to check for wires, cameras, pieces of plastic or additional bric-a-brac surrounding the automated teller, they were more than a little shocked when simultaneously, their card became lodged in the machine and what appeared to be a metal video case landed heavily on their hand.

It would appear that a  Chicken Licken  moment occurred and some unknown biological process happened in which sheer hysteria and panic became quelled by thoughts of, ‘it’s dark, it’s quiet, I’m out of here’ ; there are probably further bullet points on the list of what to Not do at this point, however, they are usually written when ‘not in that situation’.

Henny Penny’s local community jumped to conclusions and reacted in hysteria when told the Sky was falling down, but not so on this occasion. The Police and Bank were efficient, supportive and practical and we thought that such reaction should be acknowledged – although not used as excuse for lack of personal responsibility.

Boiler Room scams, scam emails, letters and phone calls are being warned about all the time   and it is easy to become complacent.  OFT  and FSA  are amongst those available to offer advice but sometimes it’s worth being reminded that the feeling that the sky has fallen in on you can come from less obvious wily foxes.