The Uncertainty Of Inflation 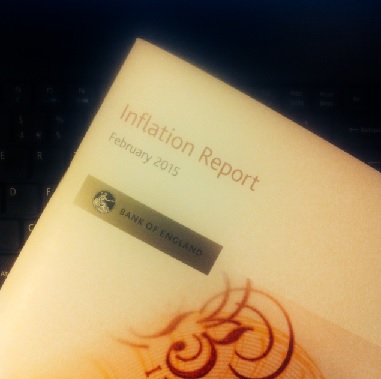 Expectation from the Bank of England is that inflation will turn negative, but interest rates may rise, stated the first inflation report of the year. However, the anticipated dip is unlikely to lead to a deflationary spiral.

In an open letter to the Chancellor published alongside the report,  the Governor gave a warning that if low inflation persists for longer than expected and the global economy is weaker, the Bank stands ready to cut interest rates further and pump more money into the economy through QE, ‘The committee could also decide to expand the asset purchase facility or to cut Bank rate further towards zero’.

UK Inflation is measured by the Retail Price Index (RPI), RPI (X) excludes mortgage repayments and RPI (Y) excludes taxes, a complex measurement with a mixture of changes which means that most of us don’t fully understand inflation and the mixture of causes; wage prices, QE, currency and all the theories attached. We know it means growth, but not always with positive effects.

And then there are the Central Banks.  Their measurements, including GDP, are a complete mystery to the man on the street.

It can appear an alien concept to which we trust our governments. Is there any wonder headlines about inflation have so many fearing the worst?