There`s More Than One Way To Skin A Business 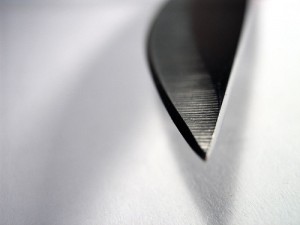 Sometime in the 80’s, John left school and started general jobbing for a local builder. By the early part of the 21st Century he’d worked through the slowdown of the 90’s  and had his own small construction business, employed several people and did some property development.  A tidy business, but it didn’t manage to escape a bumpy ride during the last couple of year’s downturn. Ever the `self-employed mindset’, he decided to side step and work with his wife, a florist, on a ‘turnaround’ florist project. It  had shown a 25 – 30% drop in sales throughout the past 3 years but Laura had done her research and there was the potential for supplying several venues in the local area with wedding flowers, John’s research showed the potential for rental accommodation above the shop area; after maintenance and alterations to the retail area.

John and Laura were happy with their new direction, and their plans were pretty much on target, growth was to be slow but the business was proving steady. Then, will little notice, the Bank pulled their overdraft extension.  Supplier’s payments didn’t go through, discussions with the manager about the businesses position and history came to nothing. Initially the suppliers were drip paid until the reinstatement, however, there had been destruction to some credit history, supplier’s relationships were tentative, employees between both businesses became anxious they wouldn’t get paid, the accountant’s blood pressure rose at the end of each week, for several weeks, when the books were being weighed (outgoings v. incomings) and begging and borrowing took over as the daily routine to find the missing amounts. Stress met new heights as Laura and John were taken away from their responsibilities, neglecting all areas, including customers.

If the person who pulled the rug had ever run their own business they’d have understood the risk was low, and that removing that support at such a crucial time could only do further damage. What was a relatively small overdraft was eventually reinstated under new, and not particularly good, Terms with an extensive legacy. Even preparing themselves for the commitment necessary to their business and knowing they were in it for the long haul, they had been totally unprepared for this experience. Although demoralised and unmotivated for now, as John is good at finding ways to `skin a cat’, they should just about manage to come through.  The irony is that they’re now expected to undertake an overview which was already part of their planned routine, but using an even blunter knife.

With or without a blunt knife: 3 Control Measures  for any stage in business.

Be aware of severe decline or severe un-sustained growth – troughs and peaks  are inevitable but can mask substantial problems, discuss with your Accountant  `Year End Losses’ and be prepared to initially aim for a break-even objective.

Make it routine to check where costs might be cut – consider the implications carefully and, if you have any concerns, negotiate before they manifest.