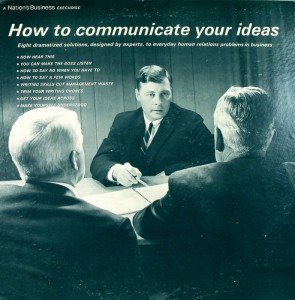 Any seminars or large gatherings relating to the world of finance we attend usually has an ironic joy, for one of us, as there is guaranteed to be none of the perennial British ‘loo-queue’ problem. However, that doesn’t prevent any breaks in the day often being noisy and because the gatherings can be large it can be difficult to hold a conversation. Enter  useful vocabulary as taken from BSL, or, as only one of us can use some BSL,  our cultured version of hand-shaped messages to communicate a quick  “back in 5 minutes“,  “see you later“,  “I won’t forget”  and so on. Vocabulary becomes a language only when it is shaped through culture, therefore finding someone who speaks exactly the same language is probably rarer than heavy water, and good enough reason for any business to consider the development of effective communication.

How many times does a text,  tweet or statement be made that could have a variety of connotations?  You know the sort of thing, such as Slow Children Crossing,  Elephants Please Stay in Your Car and It takes many ingredients to make (Company name) great but, the secret ingredient is our people. Within any community, even things in common aren’t so common, yet although some things might not be familiar and appear to be foreign they might be more familiar than first appearance, depending upon how they have been communicated.

Environments are ever changing and the business environment is not immune to its cultural changes. Written communication, devoid of emphasis, develops its own culture and becomes a fascinating language in its own right, as with text-speak, but with so much jargon it’s easy to lose sight of what is being said and with language having strong roots it is easy to have preconceptions, therefore, what is said is only a small part of how a business can communicate its experience. Communication isn’t just words. Yes, a major element of it is language acquisition, and there are hundreds of languages with extensive vocabulary, including BSL, but those words are only a part of communication.

A primary element for business is being an effective communicator, Grasp the subject, the words will follow  (Cato the Elder)