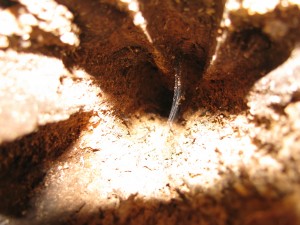 Any fool can make things complicated, it requires a genius to make things simple, or something to that effect said E.F Schumacher.  As layer upon layer of complexity is added to spice up a story, be used as spin or just remind us that common sense isn’t so common, it’s a reasonable adage to be reminded of in seemingly complicated times.

Another complex story to get an update is Alice in Wonderland. Charles Lutwidge Dodgson aka Lewis Carroll, Maths Don at Oxford, writer of mathematics books and author of Alice’s Adventures in Wonderland and Through the Looking Glass has been translated to film again.

As the finance lending marketplace is increasingly competitive, it’s no news that, tightening up of lending criteria is an affect. The complexity of finding appropriate funds can evoke many responses including the feeling of falling down a long dark hole. It’s very understandable to feel alone when the fall is long and the bottom opens into a world of curious characters and, in fiscal terms, the metaphors don’t stop there as the world of money and business can be confusing, frightening, unfriendly, chaotic, nonsense and madness.

Alice’s adventure begins because she is curious.

Without asking questions she follows the white rabbit, falling down the rabbit hole only to find herself alone with her curiosity in the confusing Wonderland. Instructed to drink from a bottle she shrinks, told to eat cake she grows, is given a mushroom to eat but no advice how to eat it; too small, too big. She talks to a mouse who’s frightened by what she’s telling him and is left holding the Duchesses baby which turns out to be a pig. Cheshire Cat asks questions then disappears and the smoking blue caterpillar repetitiously states, “Who are you?” With plenty of chairs at the Mad Hatters tea party she’s told there’s no room. When offered wine she is given tea and with his watch limited to telling the day of the month, the Hatter and his friend perpetually move around the table to new cups instead of washing the used ones. The gardeners paint the (planted by mistake) white roses red, in the hope that The Queen won’t notice and give out her “Off with their heads”.

And so the story continues until Alice realises it’s a dream.

Just as time is central to Carroll’s story as it is with finance. The Hatter’s unusual watch is unusual in that it has days on the face as; “it’s always six o’clock and tea-time” (we wish), but time and timing is essential in placing finance; especially if ‘growing up’ is the objective. Alice asked for help in the strange world of conflict, but never got any: “Would you tell me, please, which way I ought to go from here?” …. “That depends a good deal on where you want to get to,” said the Cat.

Notes you might want, incidentally, whilst writing this, we discovered that Mad Hatter is a CEO or other major executive who is not trusted and whose ability to lead is being questioned and the 10/6 sign on the Hat of the Hatter is it`s value not his worth and, ironically, the rabbit fence around Antony, the location for much of Burton’s movie, had to be removed during filming.